Bowers Rock: Taking a look inside 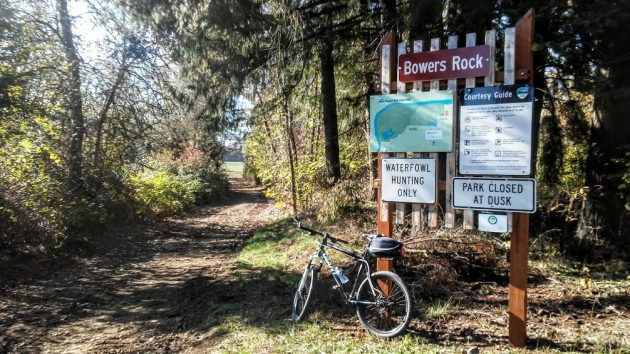 Past the gate at the west end of Bryant Way, the sign welcomes visitors to Bowers Rock State Park.

As promised, here’s a look at some of the changes I saw Saturday when I paid one of my occasional visits to Bowers Rock State Park on the Willamette River west of Albany. 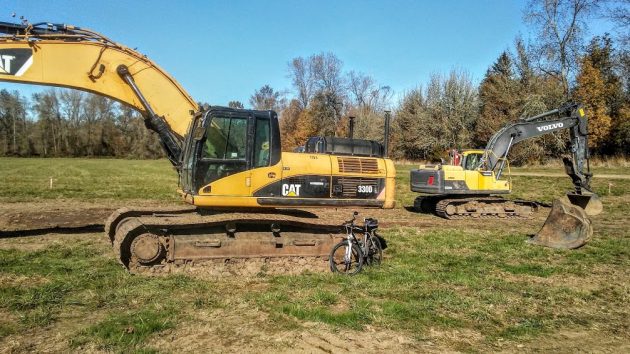 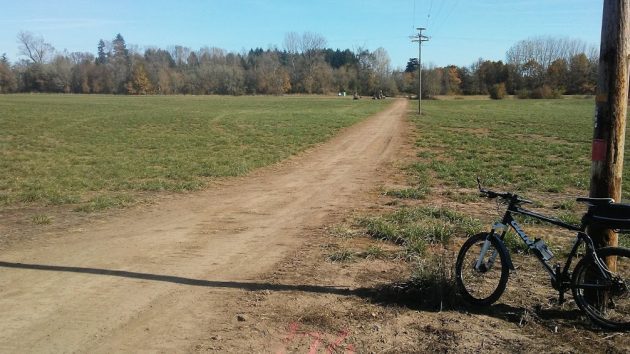 A road has been re-established through the first agricultural field after entering the park. Based on 1917 deed records, Oregon State Parks calls this “Cherry Lane.” 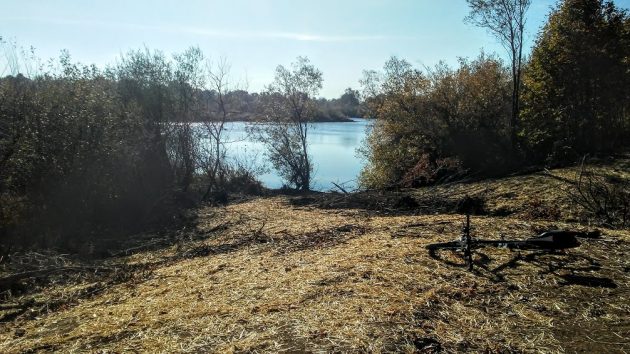 The former gravel pit that forms the largest pond at Bowers Rock. 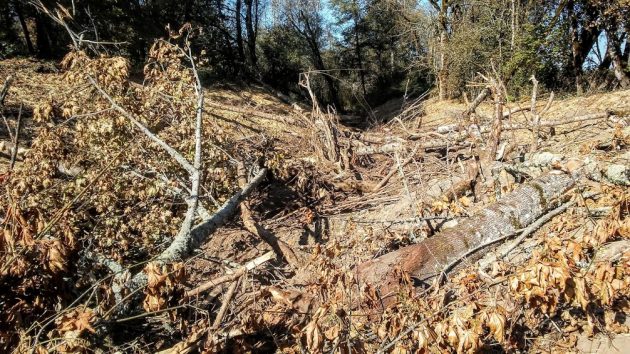 Logs and woody debris have been added to the exit channel from the pond. 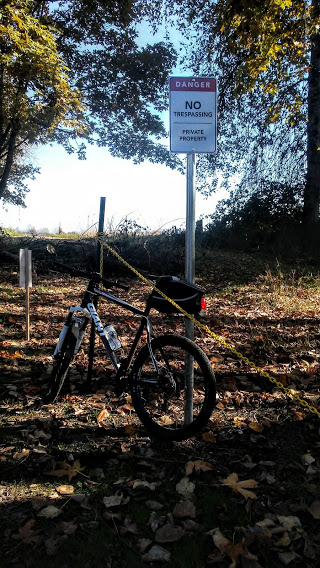 The park boundary has been clearly marked with signs to warn against stepping on private property.

For years the state parks department and the Calapooia Watershed Council had been preparing for a project to restore natural conditions on the 568-acre property. The main idea was to reconnect a gravel pit and streams to the Willamette in order to improve habitat for fish.

BCI Contracting Inc., based in Portland, has completed the major work, including installing “roughness structures” in the inlet and outlet channels of the gravel pit. Other work in this phase included rebuilding culverts and a ford, improving the road from the entrance to and around the pit, and treating a channel against water primrose, an invasive species.

I had wondered who was paying for all this, and how much.

Sarah Steele, district manager for the parks department, told me that funding came from the Bonneville Power Administration, Meyer Memorial Trust, the Oregon Watershed Enhancement Board, Coca Cola, an organization called One Tree Planted, and the state parks.

What about public access to the park? It’s a touchy subject because the neighbors along Bryant Way posted signs hoping to discourage people from using that road, the only access point from land.

Steele says the access issue is next to be dealt with. “We have already begun to reach out to the county to talk about navigational signage and parking concerns,” she wrote in an email. “We are continuing to seek understanding of the concerns expressed by neighbors. The goal would be to provide safe and adequate parking to access the park along with additional information provided to the public through signage and the website. This work should begin in 2021.”

Just minutes from Albany, Bowers Rock is a beautiful part of the valley, and it’s public property. Providing better access would allow more people to visit the place on sunny days. (hh) 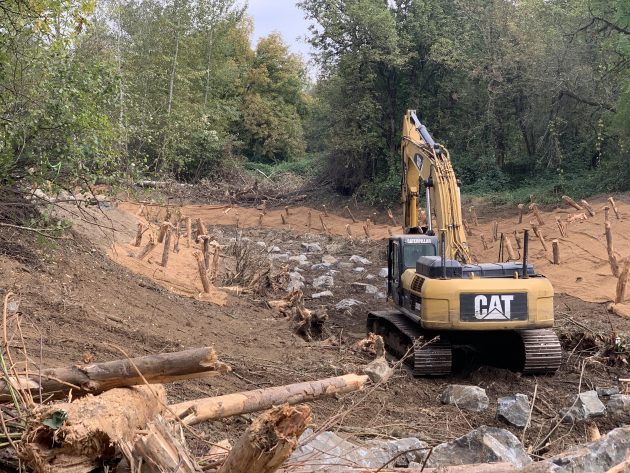 The Calapooia Watershed Council provided this photo of an excavator placing boulders in the inlet channel.


6 responses to “Bowers Rock: Taking a look inside”