Armstrong, too late, but still… 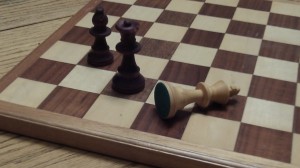 A fallen king can sometimes get back up again, in life, even if not in chess.

Lance Armstrong waited too long to admit what the public learned in 2012. That’s when the U.S. Anti-Doping Agency issued its comprehensive report proving beyond reasonable doubt that Armstrong had led his cycling team in a deliberate and ingenious program of doping for several years through 2005. Last year was also when the book came out by Tyler Hamilton, a former Armstrong teammate and Tour de France contender who detailed how he got drawn into the doping culture of professional bike racing in Europe. So whatever Armstrong told Oprah Winfrey in that taped interview on Jan. 14, it’s not going to be news to many people.

Still, it is good that Armstrong has finally given up denying what has since become obvious. It means he can eventually re-enter public life. First, though, he’ll have to give up a lot of money. He’ll have to repay a libel settlement to the Times of London, and he’ll have to repay the millions an insurance company was forced to pay him for winning some of his repeated Tours de France. Then he should give most of what’s left of his wealth to the Livestrong Foundation, which he founded but had to leave because of the doping scandal.

That means he will have to start over, but he can do that and build up his wealth again. He can cooperate on writing another book, for one thing. It would sell. His first two were great reads. The authorities in sport have taken away his victories, officially anyway. But unofficially, it’s another story. History cannot be replayed or undone. The fans who watched those epic tours know who came in first. They also know that regardless of EPO or blood transfusions, it took a superhuman combination of training, discipline and courage to earn those wins. Some of us will remember those virtues, and they will outweigh the doping in time. (hh)