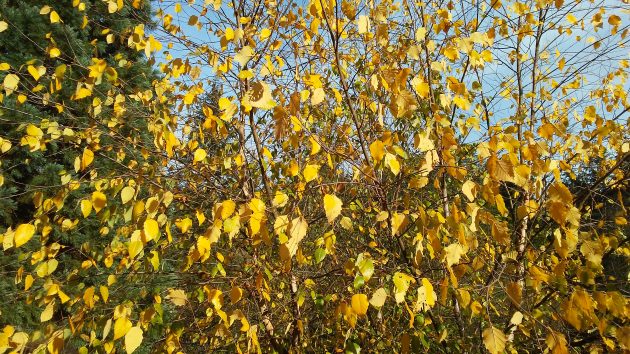 Enjoy the autumn sunshine before the time change robs you of an hour of afternoon daylight.

Even ODOT is worried about the harmful effects of the time change barreling down on us on Sunday. Which once again raises the question: Why do we keep up this senseless and potentially injurious ritual of changing what it says on the clock?

On Sunday we supposedly regain the hour we lost last March. But we regain it only if we’re awake. And the Department of Transportation worries that we may not be, at least not all the way.

In a press release the department frets that after the time change, and because of it, people may be drowsy when they get behind the wheel. “It’s the fact that time is changing that affects the body,” the department says, quoting the National Sleep Foundation. “Shift workers, for example, are advised to start adjusting sleep patterns up to three days ahead of their shift change, and a similar adjustment can help avoid sleepy driving when our clocks fall back one hour on Nov. 6.”

Whether anybody adjusts his sleep patterns starting tonight seems doubtful, at least to me. So we’re going to face a period of time, starting Sunday and for a few days thereafter, when many people are out of sorts because of the change. This can be deadly when driving is involved. ODOT says drowsy driving in Oregon kills an average of 11 people a year.

There’s no proof that the twice-a-year time changes from standard to daylight time and back again have anything to do with traffic crashes. But why take the chance?

Especially since the benefits have disappeared long ago, if they ever existed at all. (hh)


8 responses to “Another time change — aaaargh!”