Analyze this: Boost for business 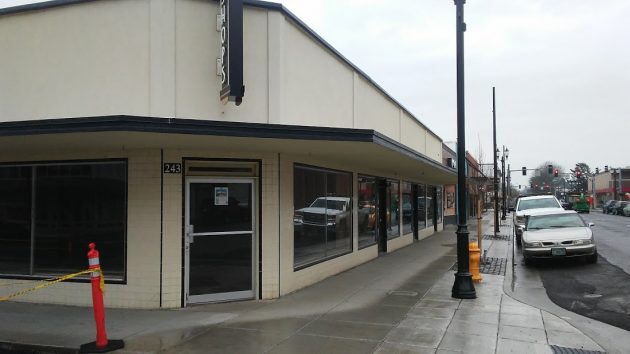 These attractive Albany storefronts at Third and Broadalbin have been vacant for a while.

If this works, Albany may have fewer empty buildings and vacant storefronts in a couple of years. By “this,” I mean an agreement between the city council and Buxton, a firm that uses advanced analytic techniques to help cities attract business.

The council heard a presentation from a young man representing Buxton on Jan. 8. Then, on Jan. 24, members voted to authorize City Manager Peter Troedsson to enter into a three-year agreement with the Forth Worth-based company.

It will cost $55,000 the first year and $50,000 each the next two. If the council decides to bail out after the first or second year, there’s a cancellation fee of 20 percent of the remaining balance.

The money will come from the city’s Pepsi settlement fund for economic development, recently replenished by more than a million dollars by the sale of three large city-owned tracts for subdivisions and a new grade school near Timber Ridge School.

I don’t usually write about routine council actions, but then I remembered all the vacant stores around town, and all the unused commercial and industrial space. So perhaps this move on behalf of economic development is of more than passing interest.

Assistant City Manager Jorge Salinas told the council in a memo that “Buxton is commonly known for developing data-driven strategies to assist communities in varied economic development initiatives.” And Albany is interested in, among other things, “understanding current retail and restaurant economic conditions” with the view toward retaining and expanding existing businesses and recruiting new ones.

When I asked about timing, Katherine King, a spokeswoman for Buxton in Fort Worth, told me by email: “The specific details of our engagement with Albany … have not yet been officially confirmed. In general, the initial analysis is conducted over the course of several months. Buxton offers continued support, coaching on economic development outreach, and access to market insights throughout the term of the agreement.”

The company says on its website that it has worked with 800 communities across America to boost their economic base. One particular headline on the site got my attention. It referred to a town of 13,000 and said, “Waxhaw, N.C., Recruits Dunkin’ Donuts Using Analytics.”

Thirty-some years ago there used to be a doughnut shop where now there’s only a vacant lot at Pacific and Hill. With powerful analytics, maybe there’s hope we can get one back. (hh)


21 responses to “Analyze this: Boost for business”