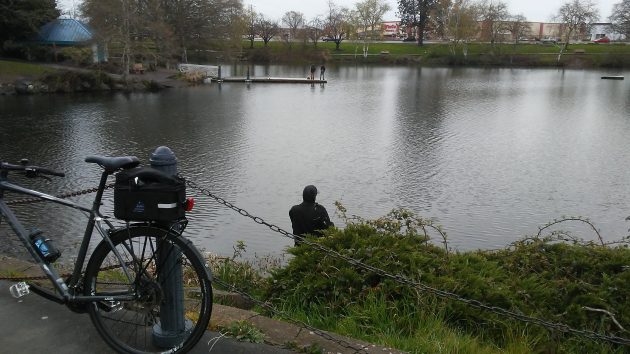 On Day Five of Oregon’s partial corona shutdown, the mid-valley weather made outdoor recreation less inviting, Albany Mayor Sharon Konopa indefinitely extended the city’s state of emergency, and the city announced that the council will be asked to consider a loan program to help local businesses until federal aid arrives.

The city Friday published the agenda for a council work session at 4 p.m. Monday. For the first time in living memory, the council will not allow the public to attend but invited people to watch online or listen via the telephone.

The short agenda includes a proposal by Economic Development Manager Seth Sherry to help small businesses in Albany. The city would commit $200,000 of its “economic opportunity fund” to a loan program run by Community Lending Works, a non-profit. Albany businesses could apply for loans of up to $15,000 to tide them over until they become eligible for assistance under the massive stimulus program passed  by Congress Friday.

Albany’s economic development fund has about $1.65 million, left over from a settlement with the Pepsi Co. several years ago.

The mayor’s original declaration of emergency would have expired Friday. So she signed a new one that will remain in effect until it’s revoked. The council on Monday will be asked to ratify that as it did the first one. The action frees the manager to use city funds to meet the coronavirus contagion.

Friday was the fifth day since the governor issued her “stay home, save lives” order, which makes exceptions to leave the house. One of them is outdoor exercise as long as people stay 6 feet apart. On the bike, staying that far apart from others is no problem at all, especially on Albany’s nearly deserted secondary streets. Especially in the rain. (hh)