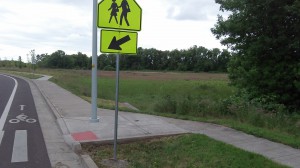 About 75 acres of undeveloped land surrounding Albany’s Timber Ridge School is about to come into city ownership because the owners have made no payments on assessments for the street and utility lines there. Now it’s just a question of how the transaction is done, the city council was told.

The council didn’t much like that and agreed to make a counter offer: Deed us the north portion and we’ll give you two additional years to become current on payments of the assessment on the south parcel, which otherwise would be in default if no payments are made by August.

The city used Pepsi settlement money to fund the street, water and sewer lines. Whether it gets the money back, by selling the land once the housing market has fully recovered, we’ll have to wait the see. (hh)