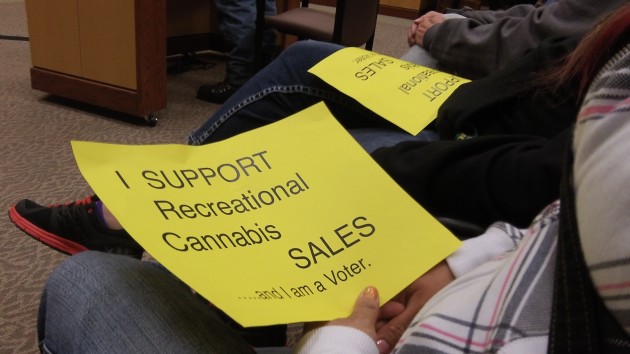 Remember the days, like this one in 2015, when the Albany council was still debating whether to allow recreational marijuana sales? The council said no, but city voters said yes in 2016.

Albany has received its first share of the state tax on recreational marijuana. It was for $185,244.86, which is a nice chunk of change, though not perhaps the giant windfall that advocates of legalizing weed had imagined.

Finance Director Stewart Taylor told me the city got no detailed accounting of what the money represented or how the amount was calculated. All it got, he said, was the deposit of that amount on Wednesday.

When voters approved recreational cannabis sales in Albany a year ago, the measure they passed also included a 3 percent city excise tax. But it sounded like the tax revenue the state distributed this week was made up only of the state’s 17 percent sales tax on marijuana.

Statewide, the Revenue Department handed out $85 million — with 40 percent going to schools, 20 percent for mental health programs, 15 for state law enforcement, 10 percent to cities, another 10 percent to counties, and 5 percent to prevention of drug and alcohol abuse.

Albany had not budgeted for the revenue, and so it was added to the city’s equipment replacement fund, in effect a reserve, City Manager Peter Troedssen told the council Wednesday night.

The city’s 3 percent cannabis sales tax is administered by the state along with the state tax, but as of tonight no one seems to know how much the local tax yield has been. (hh)