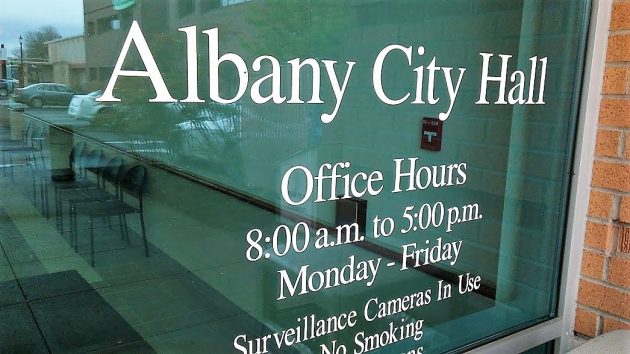 At City Hall, the staff has compiled a list of Albany city employees and how much each earned last year, then furnished the information to OpenTheBooks.com.

Salary and wage information about people in government jobs has long been publicly available, but as far as I know not in this form or this kind of detail.

Albany prepared two lists for OpenTheBooks. One ranks nearly 600 people, including many temporary or part-time workers, from the highest earnings of 2018 to the lowest. The other lists them all alphabetically.

Nine of the top 10 money-earners on the city’s payroll last year were in the fire service, their income apparently bolstered by overtime work or deployments to wildfires in other jurisdictions. The city was reimbursed for wages paid for assignments to fires like those in California.

Four assistant or division chiefs in the fire department led the Albany salary list with incomes ranging from $167,067 to $200,121, and they and a fire lieutenant made more than the department’s chief.

Eighty-two people on the Albany city payroll for 2018 were paid more than $100,000 each. Of those, 67 were in the police or fire departments. The highest-paid member of the police force was a sergeant, at $144,825, again apparently because of overtime assignments.

OpenTheBooks.com is an operation of American Transparency, a non-profit based in Burr Ridge, Ill. Its motto is”Every Dime, Online, In Real Time.” The organization tracks public spending at all levels of government, from federal to municipal and local districts. Its website is not easy to use — at least for me — and it asks for donations.

Deputy City Manager Jorge Salinas told me about the listings furnished to OpenTheBooks.com. He said they showed only salaries and wages, not benefits such as health insurance or retirement. The city can charge fees for meeting complicated or elaborate public-records requests, but Salinas told me OpenTheBooks got the information for free. I did too.

Except for city councilor, a job that pays each of the six members an equal $2,160 per year, I could not spot a single person who was paid exactly the same as any other last year.  Maybe no two people were on the same step on the pay schedule and worked exactly the same hours.

This all came up after an executive session of the city council this month, when the council reviewed the results of a compensation study comparing Albany with similar Oregon cities. As a result of the study, the human resources director recommended raising the salary grades of 32 union-represented jobs and 17 non-bargaining ones. For four other jobs, the recommendation was to freeze their pay for one to three years.  The recommendations, said to have an impact of about $200,000 a year, will be reflected in the city budget, which goes to the budget committee May 7. (hh)