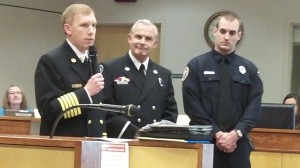 Wednesday’s meeting of the Albany City Council was unusual in the number of blue uniforms that crowded into the meeting room at City Hall. About two dozen firefighters and police officers were on hand to receive commendations for their role in responding to a house fire in Albany on Jan. 12, 2013, and saving the lives of two people caught in the burning structure. Fire Chief John Bradner singled out for special recognition Lt. Jamie Smith and Firefighter Curt Wilson for pulling the fire victims to safety and getting them treated. He also gave a unit citation to everybody involved in the response. Police Chief Ed Boyd did likewise for the officers in his department who were involved in this life-saving operation.

Mayor Sharon Konopa expressed her and the city’s appreciation. Cooperation between these departments is to be expected, especially in life-threatening emergencies, but it would not necessarily happen when it counts without training, leadership and the kind of dedication to duty that Albany fire crews and the police department put on display on that dire occasion in January of this year. (hh) 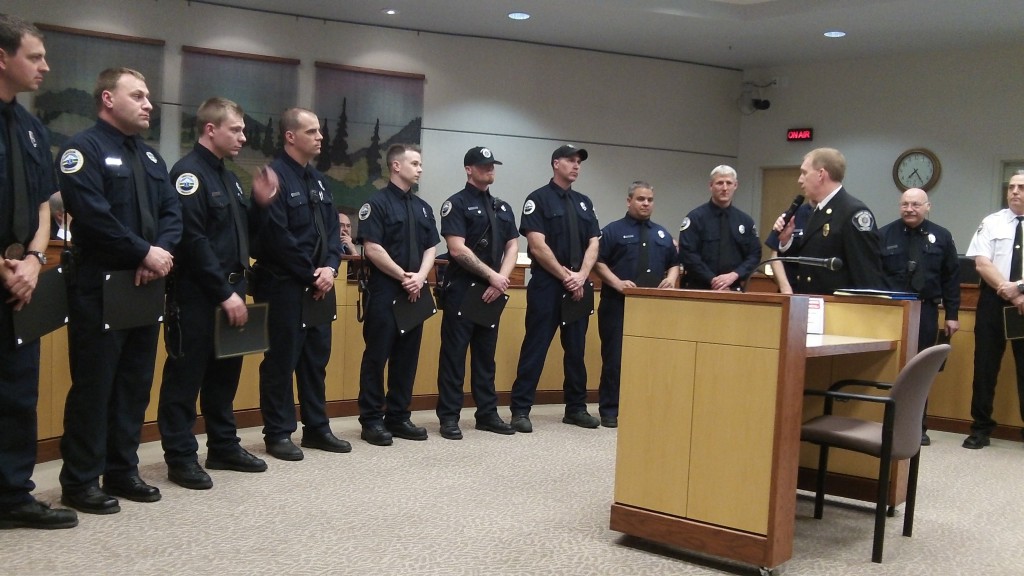 Firefighters line up as they receive a unit citation. 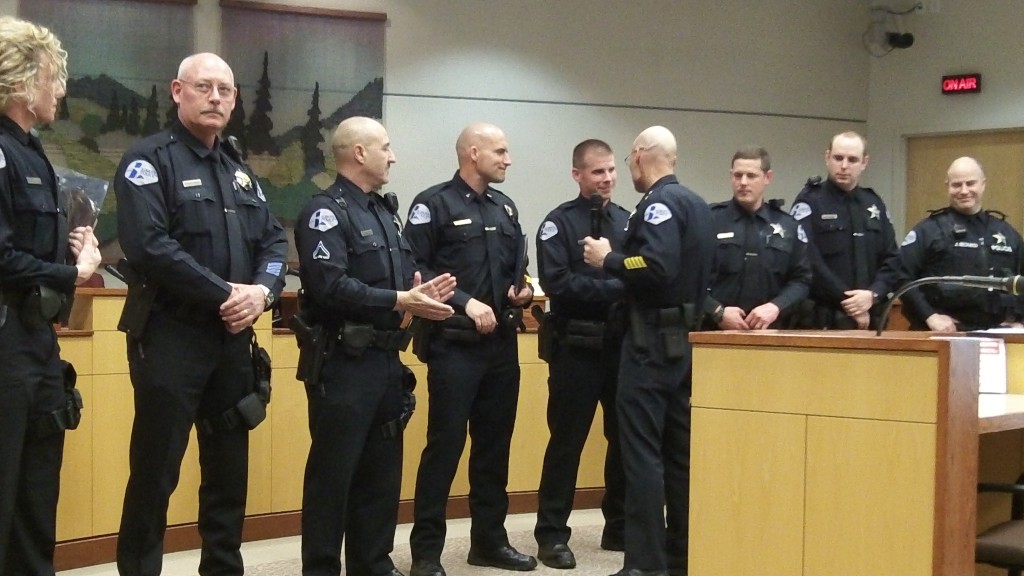