Albany gets plan for riverside apartments 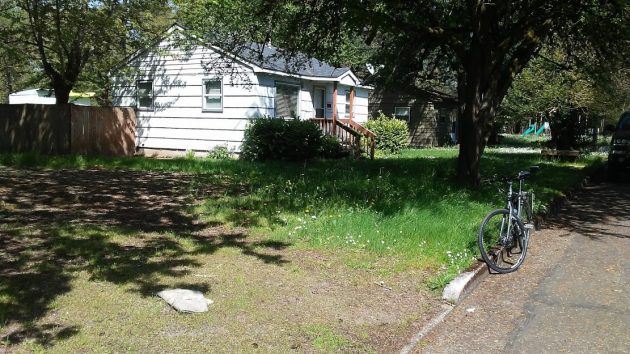 These two houses on the north side of Linn Avenue would be replaced by nine “towne homes” shown on the plan for “The Banks.”

Owners of about six acres along the Willamette River in east Albany have filed their long-awaited plan for “The Banks,” an apartment complex on the former industrial site and neighboring lots.

The site plan for the property at 595 Geary St. N.E., across from Bowman Park, shows 96 apartments plus nine “towne homes” for a total of 105 units. The market-rate apartments of one to three bedrooms each are shown in six separate buildings. The plan also shows a clubhouse and 217 parking spaces, more than the city requires.

Access to the apartments and parking lots would be from Geary Street on the west side and Alco Street on the east. The townhouses, arranged in three buildings of three units each, would front on Linn Avenue.

There’s a walking trail across the river frontage of the property, connecting Bowman and Simpson parks, and the plan shows it would be preserved.

The city’s planning division notified owners within 1,000 feet of the property this week. It also posted the customary notice online. The public has until May 6 to provide comments. Approval of the plan is up to the planning staff. A hearing before the planning commission will be set only if somebody who has submitted comments objects to the staff decision.

In the 1980s the vacant portion of the project site was the location of the Permawood industrial plant. The plant site was exempted from some of the building-height and setback limits in the city’s development code for the Willamette River Greenway. The plan shows buildings along the river to have three stories, but between them and the bank there’s parking and then the walking path.

Parts of the riverfront buildings in the plan sit astride the line marking the Willamette’s 100-year floodplain. That means the bottom of the first-floor apartments must be above that line.

The applicant and property owner is Willamette River View Holdings, of Salem. I asked one the principals, Patrick Morley, about any flooding concerns. His reply: “We are doing a LOMAR, which means filling the property to take all buildings to at least 1 foot above BFE (i.e. Base Flood Elevations). No building will be below the 100-year flood elevation.

He added, “Interesting to note, the recent flood did not impact our property. Bowman Park was under water, but nothing on our property. … I spoke to an employee of the Army Corps of Engineers that was measuring the flood height, and he told me it was at same level of the 1996 flood and no impact to our property. With the action we are taking to fill, this not a concern.”

Melissa Anderson, the project planner for the city, says the application was deemed complete April 2. The city has 120 days from that date to reach a final decision on the plan. (hh) 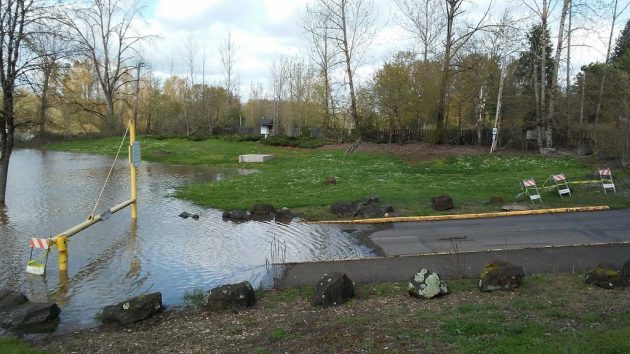 The gate at Bowman Park on April 9: Flooding did not reach the project site, at right in background.


10 responses to “Albany gets plan for riverside apartments”