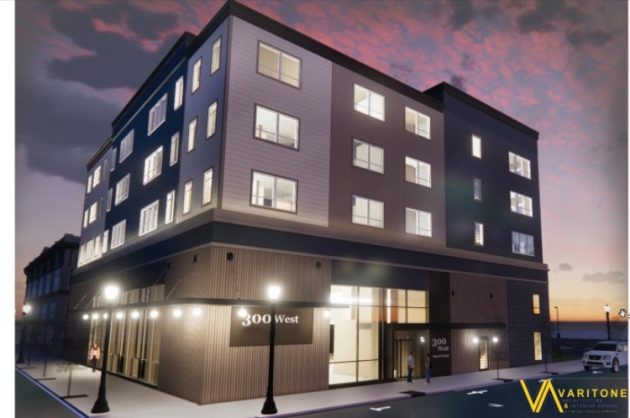 Gerding Builders expects to follow through on its plan to turn the former Wells Fargo Bank branch in downtown Albany into a commercial and residential complex. That was the gist of part of Wednesday’s session of the downtown renewal advisory board.

Back in May, the Albany Revitalization Agency, made up of the city council, approved $2.9 million in financial aid to Gerding Companies Inc. for buying and then building up the former Wells Fargo property.

On Wednesday the advisory board of CARA, the Central Albany Revitalization Area, got an update along with new renderings of what the project is intended to look like.

The board heard from CEO Monte Smith and President Ryan McAlister of Gerding, a company that has done many big Albany projects, and Christina Larson of Varitone Architecture, an Albany firm.

The Gerding men said that lawyers should be finished soon with the development agreement the city and the builders have been working on. On the site, additional soil testing is scheduled in the next two weeks. The construction budget is being updated.

The agreement will come before the advisory board and the ARA on Oct. 20 for final approval, said Seth Sherry, the city’s economic development manager.

The ARA bought the building at 300 West First Ave. in January 2019 for $1.5 million after Wells Fargo closed the branch the previous summer. Under the agreement now in the works, ARA will loan Gerding $900,000 to buy the property and give the company $2 million toward the cost of redeveloping it, expected to top $10 million.

The building is to be expanded westward and topped with three stories of apartments.

Of the design, CARA board member Russ Allen said he had expected something that would blend in more with existing old buildings downtown. But another board member, architect Bill Ryals, praised Larson for the job she had done on the difficult challenge of fitting a new building on top of the existing one.

The idea of a rooftop restaurant has been dropped. Larson said the building code treats such a feature as an additional story, and building another floor was not in the cards. (hh) 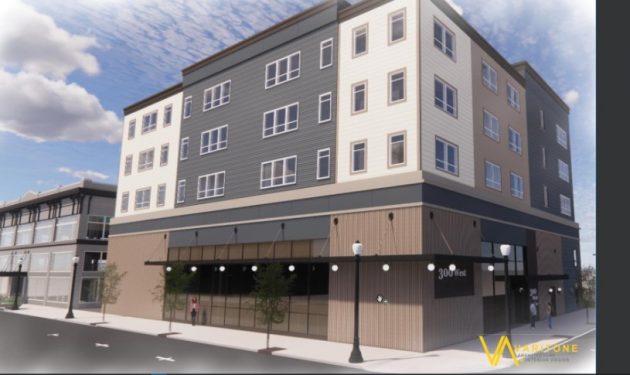 In the daytime, the corner of First Avenue and Broadalbin Street would look like this.


33 responses to “A new look at planned downtown project”