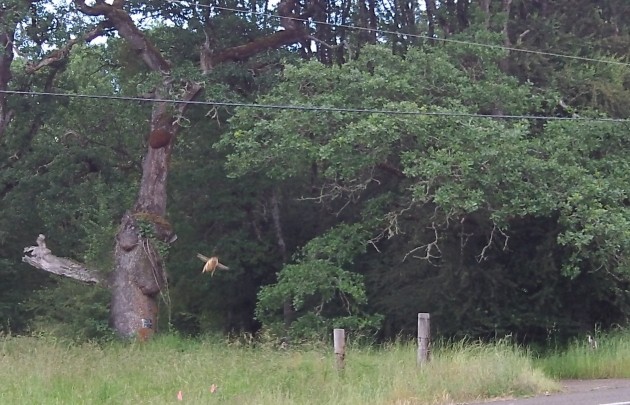 This is not exactly in the same league as photographic evidence of flying saucers, but then again, what is it?

I was just aiming my little camera at the woods in the background for my continuing coverage of the endlessly fascinating — and potentially costly — North Albany road improvement controversy. (The woodland may be doomed, replaced by a subdivision, if the city of Albany insists on expensive road “improvements” on Valley View and Crocker Lane N.W.)

And when I looked at the frame later, there seemed to be a flying something in the air. A flying chipmunk? Some other kind of rodent with wings? Or maybe just a big fat bee that happened to buzz through the fame about a foot in front of the lens. (hh)

3 responses to “A mysterious flying object”