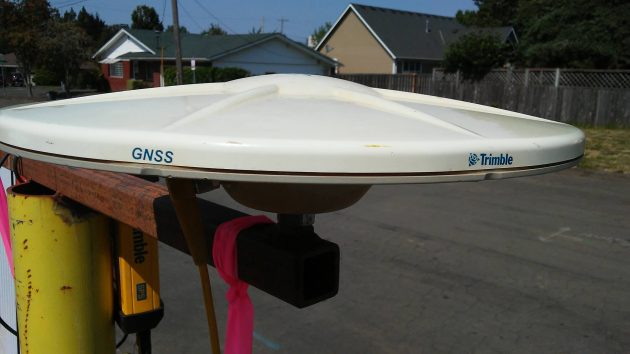 For a second there it looked as though an early version of the Enterprise-class starships had landed on Takena Street in Albany’s Broadway Neighborhood. But just for a second. Or less.

A resident in that block off Ninth Avenue told me what it was, and a quick Internet search for the manufacturer’s name confirmed what he said.

The Trimble company makes electronic positioning systems for the surveyor’s trade. And this item looks kind of like a geodetic antenna shown in the company’s online ad. “Our survey & GIS solutions streamline workflows to optimize your productivity,” says the company, headquartered in Sunnyvale, CA.

The equipment on Takena, complete with a marine battery to keep it powered up, was installed in connection with the reconstruction of the western five blocks of Ninth Avenue. Presumably it helps the construction crew pinpoint exactly where different elements of the project were to be installed.

At the end of each workday the portable gear is taken away.

Is this all that fascinating? Not really. But it’s the sort of thing you see and wonder about, briefly, when you and your bike cruise Albany Streets and look around. (hh) 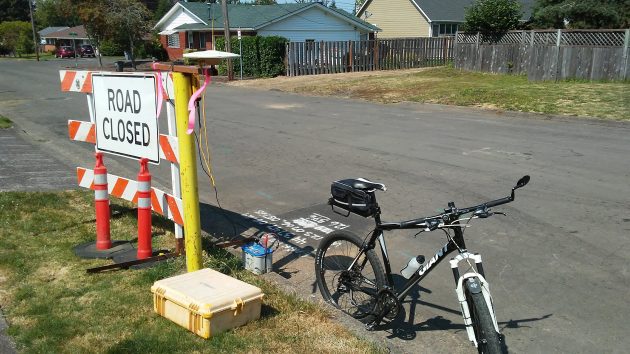 A wide shot, to show the dimensions of this contraption on Takena Street.


4 responses to “A flying saucer lands on Albany street”