A boost for Albany metals industry 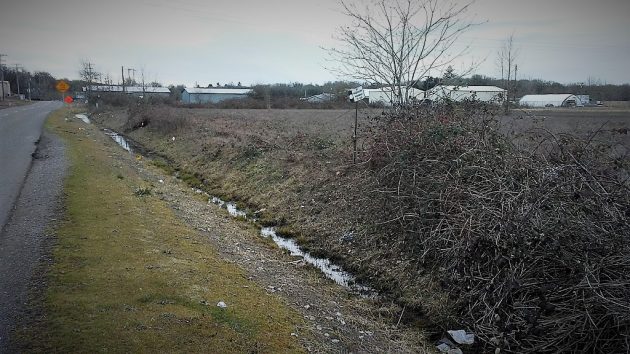 Looking south at the end of Marion Street in Albany on Monday afternoon. The city has approved an industrial site plan for the vacant land in the right foreground.

Planning is under way to give Albany’s metals industry a boost with the addition of a $20 million machine, a so-called HIP furnace to be installed at a now-vacant site near the south end of Marion Street.

HIP stands for “hot isostatic pressing,” which Wikipedia explains is a manufacturing process to reduce the porosity of metals and increase the density of ceramic materials. This improves the properties of materials such a titanium and makes them easier to work with. An HIP furnace subjects material to extremely high temperature plus pressure in the form of an inert gas, usually argon.

There’s been no announcement of the project, but the outlines can be gleaned from online sources and documents published by the city of Albany.

On Feb. 25, following an executive session closed to the public, the Albany City Council voted 6-0 in open session “to direct staff to develop a proposal for Stack Metallurgical.” The nature of the proposal was not disclosed.

Also on Feb. 25, the city’s community development department approved a site plan for new construction of two industrial buildings, of 25,000 and 11,930 square feet respectively, on two lots at 4322 and 4386 Marion St. S.E. The applicant was Daniel Ederer, of Seattle, whose Linked-In profile says he is president of Stack Metallurgical Group of Portland.

According to county tax records, Marion Street Investors LLC, a firm the city application says is headed by Ederer, bought the two lots, one in November for $200,000, and the other in December for $325,000.

A site plan with the application shows, among other things, two pads for tanks to hold argon gas.

Meanwhile, back in January, a Swedish company, Quintus Technologies, issued an announcement in Västerås, Sweden. It said that Portland-based Stack Metallurgical was adding a “Mega-HIP from Quintus Technologies.” The hot isostatic press, it said, has a work zone 63 inches in diameter and 102 inches in height and allows densification of large batches at 29,000 pounds per square inch and a maximum temperature of 2280 degrees Fahrenheit.

The city council agenda for Wednesday includes a request by John Pascone, president of the Albany-Millersburg Economic Development Corp., to grant the Stack HIP project two additional years, for a total of five years, of property tax exemption once the Albany installation is complete.

“Stack is planning on making an investment in Albany of almost $30 million, which includes purchasing land, building a new building and installing a $20 million HIP furnace, already on order, and hiring 6-18 new employees,” Pascone wrote in a memo to the council.

The Marion Street site is in the Albany Enterprise Zone, where qualifying companies can get three years of property tax exemption for making investments and hiring workers. If companies pay employees 150 percent of the average compensation in the county, they qualify for two additional years of no property taxes.

The other sponsor of the Albany Enterprise Zone, Linn County, has already approved the property tax agreement.

For the timing and other details, we’ll have to wait. You’d think companies making a significant and welcome investment in a town would make a public announcement before allowing obscure land use decisions, council agendas, or press releases from Sweden to give away the gist. (hh)

The story has been updated to reflect purchase of the two lots making up the site.


27 responses to “A boost for Albany metals industry”