Downtown landmark: Back to its beginning 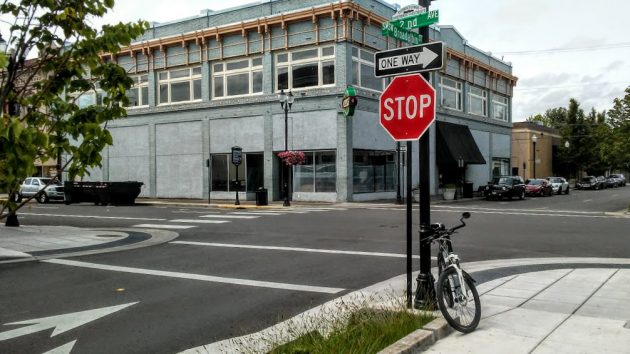 One of downtown Albany’s remaining historic buildings is being returned to the purpose for which it was built more than a century ago.

S.E. Young built the structure at 124 Broadalbin St. to house his clothing store in 1912. Now, Oscar and Tamalynne Hult are getting the place ready to move their men’s store, The Natty Dresser, there from around the corner, at 425 West First.

For the last 20 years the ground floor had housed Riley’s Billiards Bar and Grill, which closed in January. Before, it had been first Young & Son’s and then Hamilton’s clothing store, later Montgomery Ward’s, the Broadway Department Store, and then a furniture store.

The Hults bought the structure at the end of April for $600,100, according to the Linn County tax department. They’ve been cleaning it out and were at it again on Saturday afternoon.

They’re having to get rid of old furniture, fittings and junk accumulated through the ages. Oscar told me some of the stuff went back to Montgomery Ward days.

The new owners intend to restore the front of the building facing Broadalbin Street the way it was originally, including the windows that have been covered up, and a flat canopy over the front door.

They hope to have their store open in the new and renovated quarters in November. From the looks of the place now, this is quite an undertaking. Wish them success and good luck. (hh) 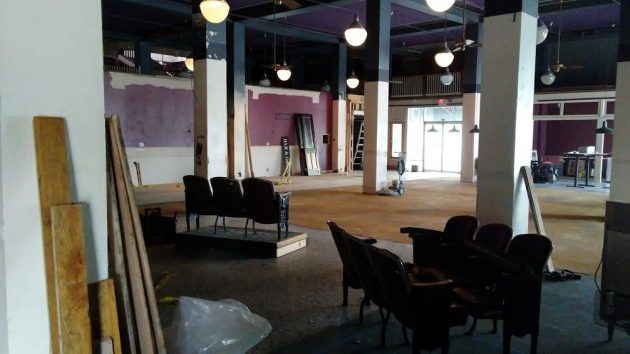 The interior of the building as the cleanup continues so renovation can begin.

The story has been edited to fix the spelling the Tamalynne Hult’s first name,


11 responses to “Downtown landmark: Back to its beginning”