When it’s someone you know… 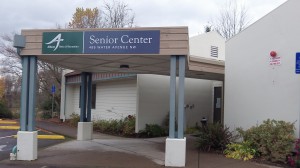 On the mornings of every fourth Tuesday of the month, I’ve gone to the Albany Senior Center to chat with a small group there. We talk about the news or anything else anybody wants to talk about. One of the regulars over the past year or so wasn’t there on the fourth Tuesday in February. He was in Arizona, vacationing. Later that very night, according to a brief report in the Arizona Republic two days later, he was riding is bike on a private street in Mesa when he crossed an intersection and got hit by a car. He died at the hospital.

This was Bob McCain, 78, whose obituary appeared in the Democrat-Herald on March 6. At our chats at the senior center, he and I often talked about different aspects of cycling, including the Lance Armstrong doping controversy when it was in the news. (I tried to make excuses for the cycling legend; Bob was not nearly as willing to forgive.)

I didn’t know Bob’s background until I read his obit, but I knew him as a dedicated sports fan who was knowledgeable not just about sports but lots of other things as well. I hope it’s not too late to express my condolences to his family. Getting hit by a car is a risk we take when riding a bike, but we obviously hope it doesn’t happen, and it’s a shock when it does happen to somebody we know. (hh)