The case of the purloined bird food – Hasso Hering

The case of the purloined bird food 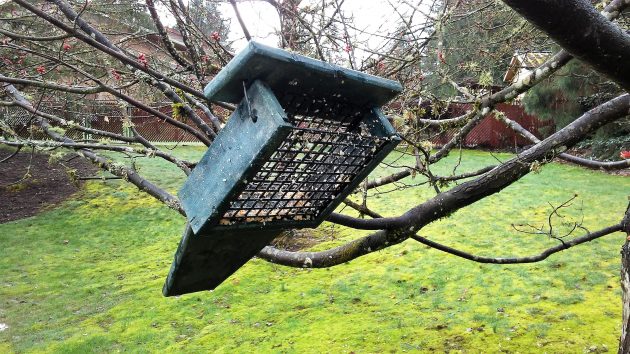 CSI photo from this morning: No fingerprints, but it’s clear that a theft has taken place.

This is getting old: I put a suet cake in the feeder, and the next morning it is gone. Although direct evidence is lacking, suspicion falls heavily on bandits of a particular masked kind. 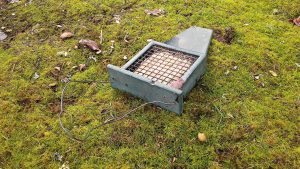 They got it down but they didn’t get inside — this time.

Sometimes, the feeder itself is gone and has to be replaced. Other times, it is merely lying on the ground. Since it takes both manual dexterity and considerable strength to undo the wire contraption by which it was attached, and since the crime always takes place under cover of darkness, the blame here falls plainly on neighborhood raccoons.

The Internet confirms that this is a common thing. Ask Google “Who is stealing the suet?” And in less than a second you get thousands of stories, and even a few photos, ascribing these nighttime thefts to raccoons.

There seems to be no sure method of prevention or deterrence, at least none that seems cost-effective. So to put a stop to it, I’ll have take down the feeder and keep it in the house overnight. The only snag is that while the wire attachment has not defeated those rascally raccoons, for a human it’s a pain and almost requires a pair of pliers to undo. (hh)

One response to “The case of the purloined bird food”