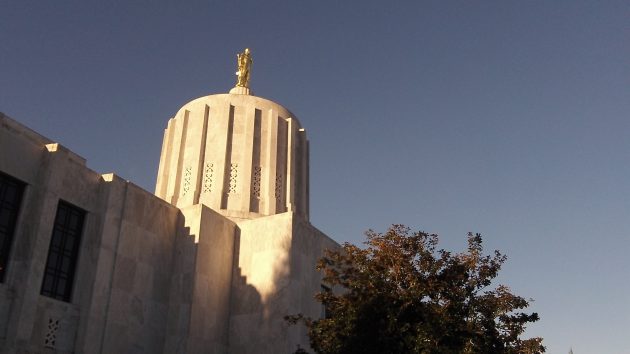 Our state Capitol, where new tax ideas are being hatched.

There are lots of things that could conceivably be taxed. But old cars? Clunkers driven by people who probably can’t afford to get anything new?

The House Revenue Committee in Salem has a proposed eight or nine bills that would raise Oregon taxes. Two of the more remarkable ones would tax old cars and coffee.

House Bill 2877 would impose what the committee calls an “impact tax” on motor vehicles that are 20 years old or older. The tax would be $1,000 and would come due every five years. Just why the majority Democrats in the House want to hit poor people in Oregon with a thousand-dollar tax is far from clear.

And what exactly is meant by the term “impact tax”? The money from the tax would go into the highway fund. Are they claiming old cars have a bigger impact on the roads than vehicles that are not that old?

The coffee tax would be imposed by HB 2875. The bill would slap an excise tax of 5 cents per pound on coffee beans and ground coffee. According to the bill, some of the revenue would go to the National Guard for some kind of program related to young people. The rest would go to schools for so-called “alternative education,” whatever that is. And the bill would set up another state board, the “Alternative Education Sustainability Board.”

It’s not clear why coffee drinkers are the ones that are supposed to help pay for alternative education. How come tea drinkers are getting off free? Not to mention the drinkers of pop?

The House Revenue Committee has other tax proposals. Among them are bills to increase the income tax rate on higher incomes and phase out itemized deductions, including deductions for property taxes. And of course there are bills to raise the corporate excise tax and the corporate minimum tax.

And then there is House Bill 2769. That one would impose a sales tax on the sale of art, collectibles and furniture if the value amounts to $100,000 or more.

Oregon has an infinite supply of things and actions that could be taxed. So the bills introduced by the tax committee in the House are probably just a start. (hh)