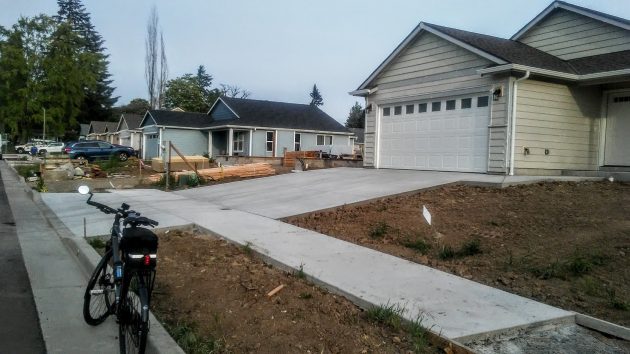 As far as planning projects go, the Albany City Council has made “housing affordability” its top priority. But no matter what the planning division comes up with, don’t expect housing to become less expensive or more “affordable” to more people any time soon.

Albany had about 21,000 households last year, according to the Census Bureau. Just under 60 percent owned the places where they lived, and 40 percent were renters. A city-commissioned study of housing needs found that more than 50 percent of renters spent more than 30 percent of their income on rent. And for a quarter of all renters, housing took more than half their income.

Demand for housing will stay strong. Albany is projected to add between 16,800 and 23,300 new residents over the next 20 years, requiring between 6,750 and 9,400 additional housing units.

If Albany wants to make housing less expensive, it has to increase the supply of housing at a rate greater than the demand is growing. How likely is that? Not very.

The legislature has mandated the end of single-family zoning and is requiring cities to allow so-called “middle housing” in all residential zones. But Oregon’s land use regulations remain in effect, and they are a Byzantine thicket of complicated provisions, some of which contradict each other but give rise to appeals and lengthy delays.

Remember the multiple housing project at Fourth and Calapooia in Albany. The applicants were dragged through a couple of years of process in the interest of historic preservation, only to have their project appealed to the Land Use Board of Appeals. Just now, this month, has this board sent the case back to the city for more process.

The simple way to make housing less expensive is to dismantle the factors that add to the expense. That would mean repealing many zoning districts with their development standards including use and height restrictions. It would mean dropping system development fees that add tens of thousands of dollars to the price of a house. (But then who would pay for the additions to streets, utilities and parks that growth demands?)

Oregon has done other things that make housing scarce and thus more expensive. How about the rent control law passed by the 2019 legislature? How about the law banning no-cause evictions? And now we have the Covid-emergency edict extending a moratorium on evictions for unpaid rent. With all that, why would developers rush to build more places to rent?

The Albany council can’t do anything about the causes that make housing so expensive in this state. They can talk about it, and they will, but that’s about it. (hh)