Lighting the path; how about rules? 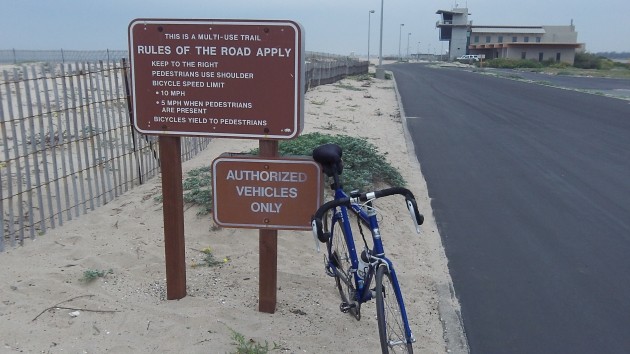 Rules were hardly necessary here when it looked like no one was on this beachside path.

On Wednesday Albany’s downtown urban renewal board will consider spending up to $300,000 for new lighting along the Dave Clark Trail. The idea is to make the path safer when the sun goes down so that more people will use it. If more people use it, I hate to say it but some rules will have to be posted too.

Lighting the path is plainly a good idea. It should embolden customers of nearby restaurants as well as the general public to use the trail at night. It should discourage shadowy elements who prefer the dark, and if it doesnt discourage them, it should enable the police and the rest of us to see them.

No matter how brilliantly the path is lighted, I don’t foresee nighttime traffic jams on the Dave Clark Trail. Daytime use during the summer is something else. The riverside trail is what we now call a multi-use path, meaning that conflicts may ensue.

Conflicts? Well, yes, for instance between skateboarders or bicyclists and walkers, especially when the cyclists are inconsiderate or going too fast, or if the walkers are walking five abreast, spanning the entire path with their combined girth, or are listening to the Grateful Dead on their ear buds, or if they are walking dogs with leashes stretching from one side of the path to the other.

I was thinking of this while cruising the unusually empty multi-use path along the Pacific Ocean in Huntington Beach the other day and spotted the sign shown here. On a blustery weekday in March, this path was deserted, but at other times it is teeming with throngs of locals and tourists, most of whom ignore the instructions on that sign. But at least they’re on notice about what’s required on a multi-use parth so no one gets hurt.

As for the Dave Clark Trail lighting project, the Central Albany Revitalization Area advisory board will get a staff recommendation along with a bid for doing the work. The staff report says the bidders already put in 80 hours or so of volunteer work on the project. The CARA board may want to insist on the more familiar and regular process for getting public works done, namely advertising the job and calling for competitive bids. (hh) 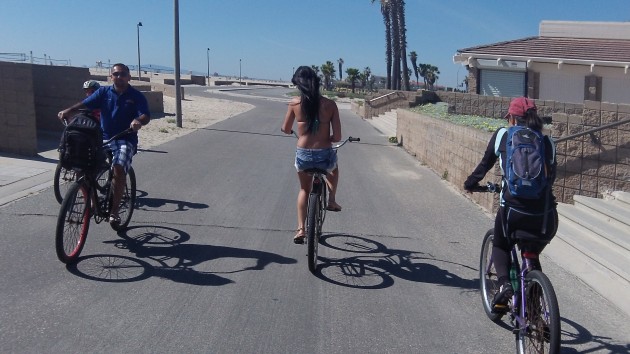 In width and other aspects, this Orange County path bears no resemblance to Albany’s Dave Clark Trail.


11 responses to “Lighting the path; how about rules?”