Down by the Calapooia’s side 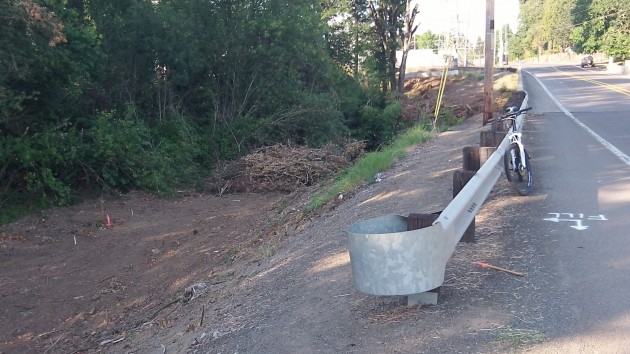 That’s the view from one side …

While the world goes to hell — in Gaza, Ukraine, Iraq, Nigeria and who knows where else — let us busy ourselves with something quite local, mundane and above all peaceful: What’s the meaning of all that logging and earth-moving on the banks of the Calapooia at Queen Avenue? 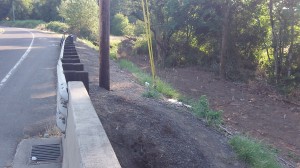 … and here it is from the other.

It went on a couple of weeks ago, and now there seems to be a pause in what clearly is an unfinished project. One of my bike routes takes me across that bridge, and from a bike you have a pretty good view of what goes on down below, by the river. What looks like dirt ramps have been carved out from the road down to the river, on both banks. There is a line of stakes in the ground, perhaps indicating the border of some future surface. But I didn’t think anybody was going to all that trouble just to make an access point for anglers or canoeists.

I checked with Linn County because I thought I had seen county vehicles on the scene. The people who probably know the details were away, or in any case “out.” So all I got was the vague information that the county wanted better access to that and other bridges in order to use heavy equipment to clear away debris during periods of high water. And for that to be accomplished, some power lines have to be moved. Doris Johnston of Pacific Power in Albany says the engineering work for the new power lines is being prepared.

Meanwhile, access to the Calapooia at Queen Avenue has been made a little easier, regardless of why. Chances are people will make use of the opportunity. I didn’t see any signs to keep them out. (hh)