Cleaned up for now; surveillance next? 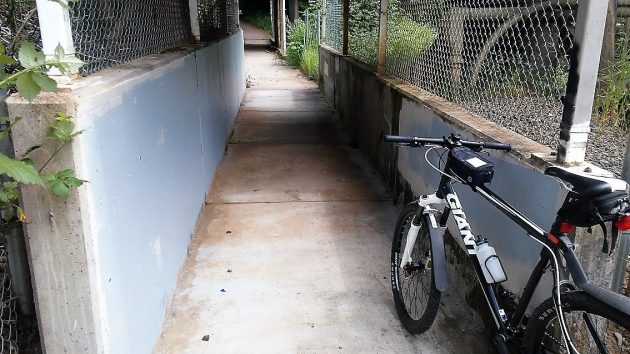 This was the Cox Creek Path railroad underpass on Thursday afternoon, and as you can see, the walls have once again been repainted to look clean. This spot on the Albany park system is tagged so often that I think it would be a promising candidate for camera surveillance. 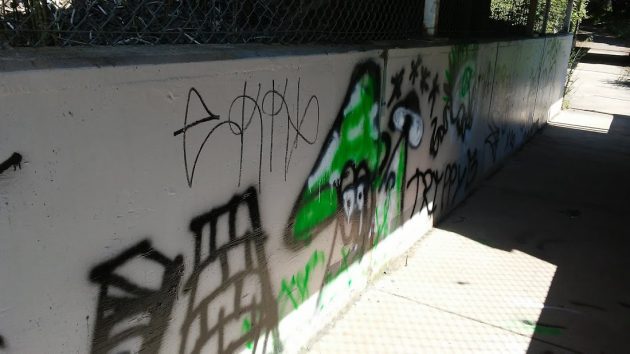 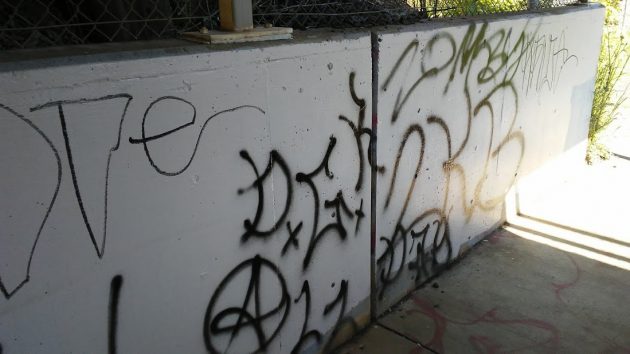 Albany Parks maintenance took care of it Wednesday, covering the taggers’ work with paint. Whatever the message was, if there was one, I’m too old to get it. But I was thinking back to last week, when camera surveillance by private cameras downtown was instrumental in closing a case of expensive vandalism on new street trees and other things.

This, I thought, would be a good place to hide some cameras. See if they can identify and perhaps catch the taggers next time.

The Cox Creek Path leads from Waverly Drive near Simpson Park to Salem Avenue and Waverly Lake. It’s part of what the late Dave Clark envisioned as an extensive system of off-street paths in Albany and up and down the Willamette River. His idea — sadly left unrealized after his death — was to capitalize on our rivers and creeks to encourage people to walk and bike every chance they get.

This path along Cox Creek cuts under the tracks of the Union Pacific and Portland & Western railroads, and the underpass has long been a favorite spot of graffiti vandals. Every few weeks, Albany parks maintenance or sometimes the sheriff’s community service work crew gets in there with paint to cover the walls once again.

I asked the city if camera surveillance had been considered. Rick Barnett of the parks department told me that yes, trail cameras had been deployed from time to time on hot spots for vandalism damage.

“Great idea on the trail cam in that spot,” he added. ” The next time you are there, smile.” (hh)


9 responses to “Cleaned up for now; surveillance next?”