As you can see, the final push of downtown Albany’s Big Dig has begun. It’s supposed to be finished by mid-July. But then there’s one more thing: ODOT resurfacing the two downtown legs of Highway 20.

As the last part of Albany’s streetscape project, the city authorized a complete reconstruction of seven blocks of Second and Third Avenues.

The decision was to rebuild — rather than merely resurface — the streets to make them last longer and remove the pronounced crown on some of the blocks.

Sidewalks are supposed to remain open even though the blocks will be closed to motor traffic one block at a time. (hh) 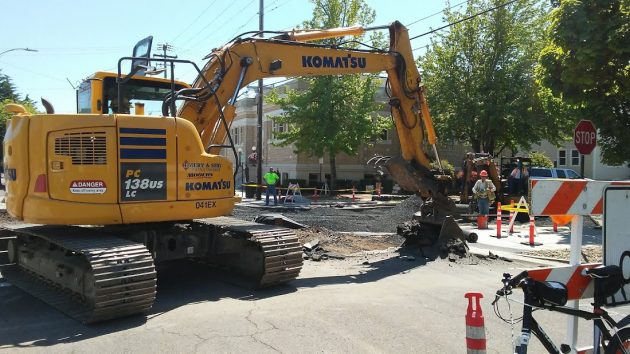 If you have a big machine, tearing up pavement looks almost easy.