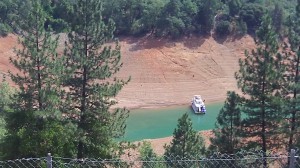 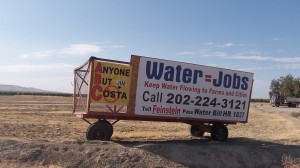 A sign in the Central Valley, parts of which are a desert.

There’s not enough water in the interior of the West for everything we want or need to do. Part of the answer is to conserve as much as we can, but conservation goes only so far.

Doing with less or without does not serve the purpose for long, whether you need to wash your truck or irrigate your field. So we need more.

From the Klamath Basin in Southern Oregon to the Central Valley of California, the need for more water is obvious. Farmers in the upper basin had their irrigation water cut off when Indian tribes invoked their prior water rights to keep more water in the streams and Upper Klamath Lake.

Farther south, Shasta Lake looks very low. And farther south still, for years now farmers in the parched Central Valley have complained about water shortages, claiming that politics is the cause. Environmental politics has something to do with it. But the main problem is that the demand for water is greater than the supply, especially in relatively dry years like this.

Making elaborate plans for distributing the available water, as federal agencies did in the Klamath Basin with the cooperation of Oregon and California, does not increase the supply, which we desperately need for food production and other basic needs of a teeming population. What the West needs is an aggressive program to increase storage of wintertime runoff. In other words: Many more dams and reservoirs in the hills. (hh)