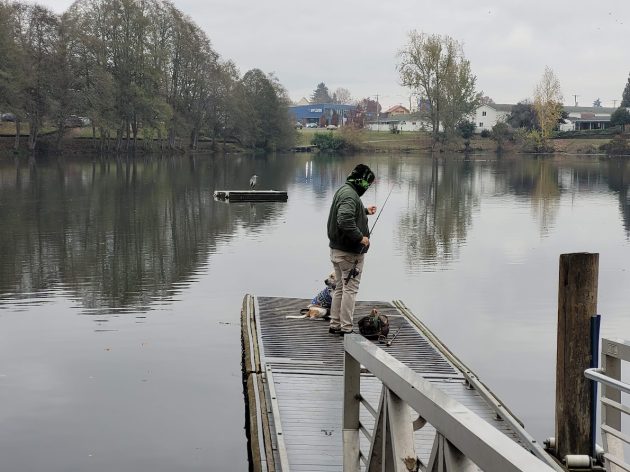 An angler gets ready to try his luck Friday at Waverly Lake in Albany.

Albany’s Waverly Lake may stay clear of algae next summer if the city council grants a request from the city parks department for funds to bring that about.

This summer and fall, a growing mat of algae or some kind of weed covered the lake between Salem Avenue and Pacific Boulevard. It looked bad and hampered use of the paddle boats available for rent.

Revenue from Albany’s 9 percent tax on “transient lodging” — the tax charged on the price of hotel rooms — has come in higher than expected, the council has been told in a staff memo for its scheduled work session Monday (Nov. 28).

(How much higher? You’d think that’s the first thing the council wants to know, but the memo doesn’t say.)

“We have been slammed this year on the condition and look of the water,” the department said in its written request. “It is the entryway to our city and is currently an eyesore. It does not give visitors the best impression of our wonderful town.”

The city knows of a company that will clean the lake, without chemicals, and then install a fountain and two aerators, at an estimated cost of $20,000.

“This will create a clean and attractive looking lake, which will be welcoming and inviting to visitors,” the department said.

Th other $75,000 of the parks department’s request is to set up a concert stage at Timber Linn Park next summer for the city’s River Rhythms and Monday concerts. Monteith Park, where the concerts are usually held, won’t be available because of the city’s Riverfront Project.

The requests are all connected to tourism in one form or another, including making the town more attractive to visitors. It is visitors, after all, who pay the lodging tax. (hh) 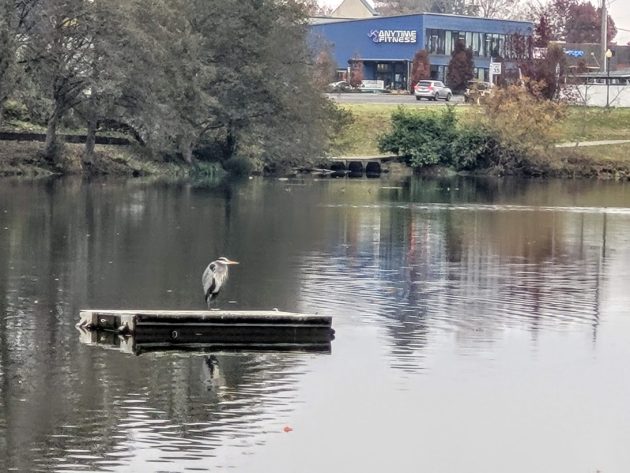 Waiting for who knows what, a great blue heron hunkers down on the float in the middle of Waverly Lake.


5 responses to “A plan to keep Waverly Lake clear”