You can ignore litter only so long 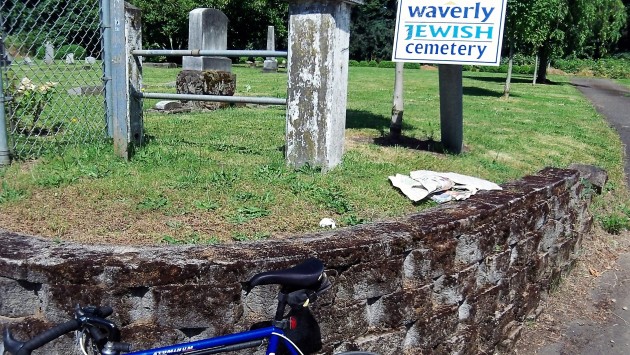 There was a trash can in the park across the street, it turned out.

Eight or nine years ago, or maybe ten, the publisher of the Democrat-Herald and I were walking from the newspaper office to a meeting downtown when, there on the sidewalk, lay a crumpled-up piece of paper. I stepped over it but Martha Wells stooped down, gingerly picked it up and then, without a word, carried it to the next corner and dropped it in the trash can there. If we all did likewise, and more often, this would be a cleaner town.

I never forgot that little sidewalk scene. And now and then, I’ve tried to follow Martha’s example of that long-ago day. But I have to tell you, it would be easier if trash cans were more readily available and more strategically placed. Nobody is going to pick up and dispose of a bit of stray litter, even just now and then, if it means having to carry the thing for who knows how far before there’s a chance to get rid of it.

A couple of weeks ago, I’m on a ride around town and there’s a mess of plastic bags and what looks like discarded newspaper scattered in the weeds along Salem Avenue. I see the mess, ignore it and ride on. A couple of days later I’m going by there again, testing an old road bike after a skilled mechanic at Bike ‘N’ Hike tuned it up. I see the junk is still there, exactly in the same place. “Oh hell, I guess nobody’s going to clean that up.”

I find a wall to lean the bike against, go clicking down the sidewalk in my cleats, and with a gloved hand collect the plastic and the papers.

Now what? No trash can in sight. But I figure there must be one at the boat house at nearby Waverly Lake. I wobble over there on the bike with an armful of refuse and one hand on the handlebar, and sure enough, a trash can there is.

End of story, such that it is. But as I say, it would be easier to do this more often if trash cans were available at every other corner or in every other block. (hh)


4 responses to “You can ignore litter only so long”