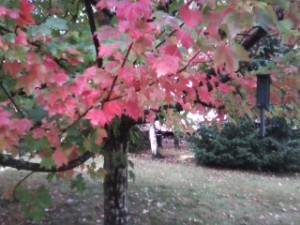 Here’s something else to worry about. Or maybe not.

“The Week,” a news weekly, reports on a new study suggesting that the Earth’s magnetic field may disappear in maybe 500 years. This, it says, might allow more solar radiation to reach the surface of the Earth, harming life and eventually making us look like Mars.

Turns out that this finding isn’t new. Looking online, you can find reports on the same thing going back to a story in the New York Times in 2003. Apparently scientists have known for a long time that the magnetic field routinely weakens and then reverses every few hundred thousand years. And most of the reports say that this should not disrupt life all that much, though if it happened now it would cause havoc in communications.

Five hundred years is a long time. So nobody seems to be losing sleep over the magnetic field now, or the chance that it may flip or disappear. Still, if you want something to worry about, other than climate change or your heat bills this coming winter, here’s something you can put on your list.

And speaking of the climate and the weather, it’s 50 degrees in the mid-valley this morning, pretty chilly for a ride on your bike. But worth the effort still. (hh)