Yes, that’s what is being built there 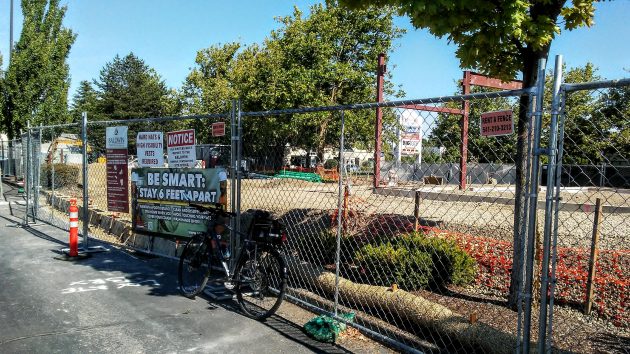 The construction site on the south side of Heritage Mall the way it looked last week.

On Facebook the other day, someone asked what they were building on 14th Avenue S.E., on the southern edge of the Heritage Mall parking lots in Albany. Someone else provided the answer, and it was the right one.

It was two years ago, in June 2019, that a Denver company applied for approval of site plan for a 2,315-square-foot Chipotle Mexican Grill drive-through restaurant. And that’s what is being built there now, at 1961 14th Ave. S.E.

In March 2020 the company applied for a building permit, but apparently there was no hurry to build a restaurant during the pandemic that shut down indoor restaurant dining in Oregon for months. The city approved the building permit in April or May this year. (The permit records available online are not all that clear.)

One of the building permit summaries describes the project as a “fast casual restaurant” and gives the construction value as $600,000.

An Albany company, Baldwin General Contracting, is doing the construction, according to a sign on the fence.

Chipotle Mexican Grill is based in Newport Beach, Calif. The company was founded in 1993 and operates in the United States and Europe. It has about 83,000 employees and revenue of $5 billion.

No word on when the new place will open. (hh)