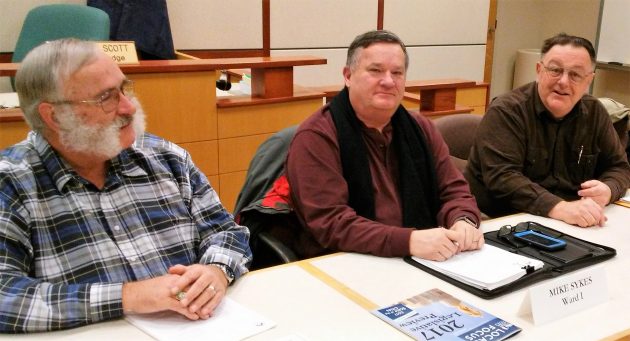 Albany Councilman Mike Sykes wants the council to revisit the idea of weekly rather than biweekly yard debris pickup, which it turned down last October. And he’ll get his wish.

Sykes was elected last November and has been on the council since January. At a work session Monday, he brought up the yard debris issue and asked the council to take another look at it. As a result, Mayor Sharon Konopa says, the city staff will contact Republic Services to bring the question back to the council, probably within a month.

Republic picks up yard debris from its Albany customers every other week as part of its regular trash disposal and recycling service. Elsewhere — in Lebanon and Corvallis, for example — the yard debris pickup is done weekly, which allows customers to put their food waste in with the yard debris. Republic turns food waste and yard debris into compost at its facility on Camp Adair Road. Last year the company proposed that Albany, too, authorize weekly yard debris pickup along with a $3-a-month increase in the price of its service.

Republic had conducted an email survey among its Albany customers and said a majority of those who took part favored yard debris service every week. But Councilman Rich Kellum noted that the number in favor amounted to only about 3.5 percent of all the customers. When the issue came to a vote in October, Kellum and four other council members decided against weekly service and the rate increase. Only Councilman Ray Kopczynski voted in favor.

On Monday, nobody objected when Sykes suggested that the council take another look. But Kellum and Councilman Bill Coburn said that while people may want the weekly service, they don’t want to pay extra for it.

With debris from Friday’s wind storm piling up all over the place, people may wish for more frequent pickups because the bins are overflowing as it is. (hh) 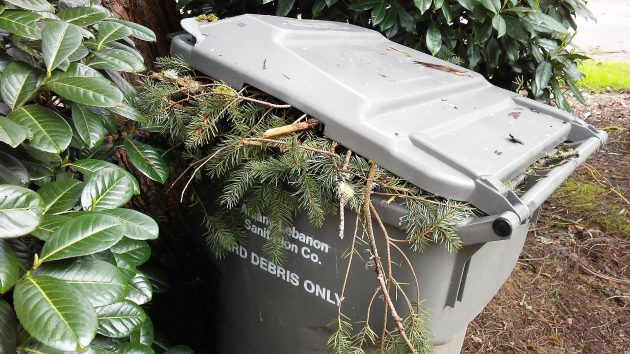 One reason more frequent yard debris service would be useful.