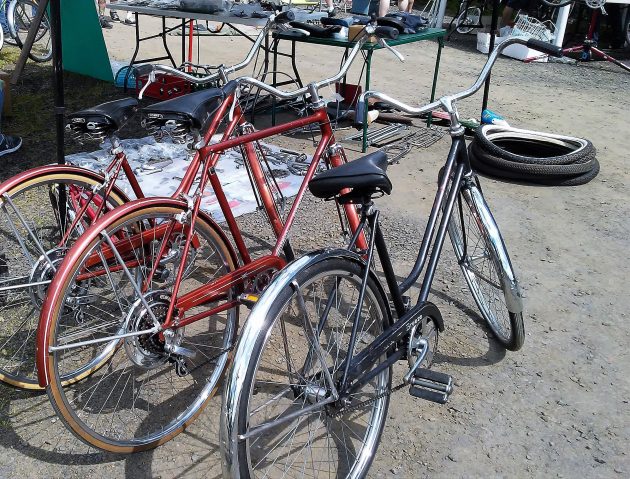 Used bikes, like these at an Albany swap meet, would be exempt from the excise tax.

House Bill 2017, the road transportation bill concocted by a committee of the legislature, would hit buyers of new bikes costing $200 or more with a $15 sales tax. But if legislators were serious about solving transportation issues, those buyers should get a rebate instead.

The bike tax would be added to the purchase price and would be a liability of the buyer. It would apply to bikes with wheels of 26 inches in diameter and larger. That covers mountain, road and fitness bikes used mostly by adults.

Elsewhere in the bill, lawmakers want to grant rebates for the purchase of certain vehicles. Buyers of electric cars would get $2,500, those of hybrids $1,500.

Our main traffic problem is congestion. And how this helps is hard to see. Dan Meek of the Oregon Progressive Party in Portland has a more sensible idea. He urged lawmakers to pass rebates for smaller electric and human-powered vehicles such as electric bicycles and tricycles.

“Providing a sizable rebate for electric-assist bicycles and tricycles,” Meek said in written testimony on the bill, “would take many thousands of large vehicles off the road, most of which usually carry only the driver.”

The road bill has useful provisions about building more bike commuter routes such as trails. And a bike tax to help pay for them would at least shut up those who mistakenly say bikes don’t pay their way.

But lawmakers could make a bigger dent in solving our main traffic problem — the ever-growing congestion — if they seriously tried to encourage, with money, the use of bikes for the thousands of short daily trips that can easily be taken without a car. (hh) 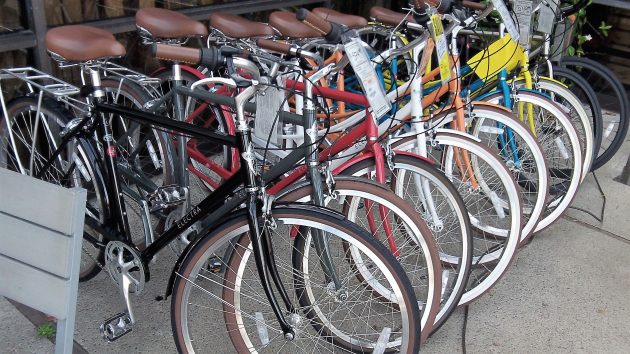 These shiny Electras, however, would be taxed if they were for sale in Oregon instead of Costa Mesa, Calif.