Mail users may not believe it, but the Postal Service’s studies showed it benefited from sponsoring Lance Armstrong and his cycling team. 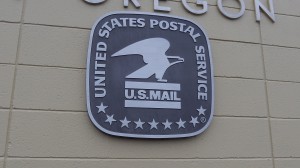 Mail users may not believe it, but the Postal Service’s studies showed it benefited from sponsoring Lance Armstrong and his cycling team.

The U.S. Justice Department has announced it is joining a lawsuit against Lance Armstrong, the cyclist who won the Tour de France seven times but was stripped of the titles because he used banned substances to boost his performance. The lawsuit, originally filed by fellow cyclist Floyd Landis under the whistleblower law, charges that Amstrong and his team defrauded the Postal Service by their illicit conduct. The post office sponsored the team from 1996 through 2004. But taxpayers and users of the mail — meaning all of us — have a few questions.

Why did the U.S. mail service sponsor a cycling team in the first place, a team that raced mainly in Europe? Why did it pay Armstrong and the team $30 million, as the Justice Department said it did? Evidently it figured the advertising value — when Armstrong’s exploits were covered in U.S. media — was worth the expense. In fact, the Washington Post reports that studies done for the Postal Service claimed that the service gained at least $139 million in so-called “brand exposure” over four years. Why the post office needs brand exposure is another question. But its own studies evidently show that it got more than it paid for by sponsoring the team.

This suit should be thrown out. Nobody forced Landis to join the doping, and the post office itself was not damaged, either then or now. What cycling needs is a “truth and reconciliation” process to make up for many years of lies. Suits like this don’t help. They cause everybody to lawyer up instead of coming clean. (hh)