Wise up and avoid trouble 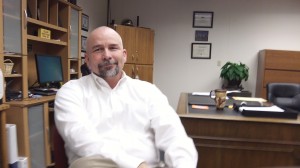 Benton County Sheriff Scott Jackson. If people used their heads, his deputies would have less to do.

It does not take much to stay out of the summary of service calls by the Benton County Sheriff’s Office. The main thing is to break no laws, especially against impaired driving, and keep your sheep fenced in and your cars locked against thieves. That much is obvious. But beyond that, how about wising up, or at least not acting stupid?

Among all the DUII’s and warrant arrests for failing to appear or having small amounts of pot or meth, there were at least three cases this month that stood out.

A complainant with a Philomath address reported someone had impersonated one of her friends on Facebook, telling her she had won $50,000 and would get the money if she sent him, by Western Union, $1,000 for fees. You guessed it: She sent the money. Deputies learned it was picked up in Michigan.

Another complaint was logged from a Corvallis woman who said she was getting unwanted Facebook messages from a woman she knew and wanted her to stop sending them. Deputies actually talked to the sender, who asked them to tell the complainer the same thing. “Both parties agreed to have no further contact with each other,” says the log. For that they need the sheriff? How about just not opening Facebook?

And then there was another Internet case. A woman met somebody online and carried out a “relationship” with him for several months, also apparently online. Then he started sending her packages with instructions to repackage the contents and forward them to others. She declined and — too late — “found out she had been used in an Internet scam.” No suspects, deputies report, but the case was a potential felony because of the fraudulent use of a credit card.

Come on, people, use your heads! (hh)


2 responses to “Wise up and avoid trouble”