Willamette revival one house at a time 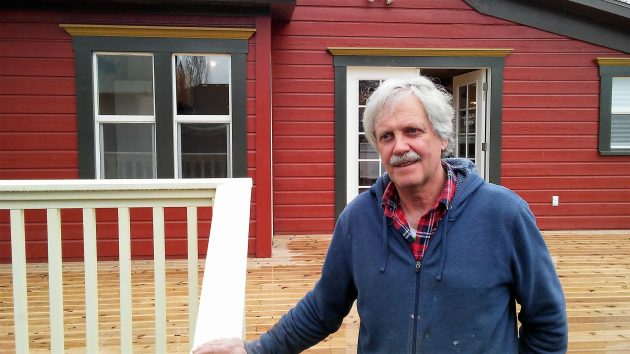 Paul Dykast outside the Albany house he remodeled: “Farmers know how to do things.”

Albany’s Willamette Neighborhood is coming back, and Paul Dykast and others like him are the reason why. They see an old house, dilapidated and maybe covered in vines, and seize the opportunity to make it into an appealing home that is both traditional and new.

That’s what Dykast has now accomplished with a house dating from before 1900 at the southeast corner of First Avenue and Geary Street. The place is on one of my bike routes through town, and I’ve watched it being worked on for the last several months as I rode past. This week I saw it was done, gleaming in the afternoon light on a rare sunny day.

Dykast, 58, is a farmer, growing grass seed on his place south of Crabtree. Now and then, during the winters when there’s not much to do on the farm, he’s been rebuilding houses in Albany and Lebanon. How many? He’s not sure, but he estimates about 18 to date.

He bought the place at 1804 First Avenue E. in April 2016 for $79,520 plus closing costs. He and his wife, Mitzi, redesigned the interior layout to provide for, among other things, two modern bathrooms, and an indoor laundry and mudroom. In the reconstruction, they took care to save and restore the trim around the doors and windows. They put in modern windows of the same shape as the originals, but they preserved the stained glass in front.

Dykast did the reconstruction himself. “Farmers know how to do things,” he told me with a grin.

When it was done, they invited the neighbors in for a look around the place, with its three bedrooms, two baths and about 1,600 square feet. Then they posted the property for sale for $205,000. Ten days later, Dykast says, he accepted an offer and got his price.

Looking out the window across Geary Street, there’s another completely restored house of about the same vintage. I remember admiring it when it was for sale about two years ago. I didn’t know it then, but it was Paul Dykast who remodeled that one too. (hh) 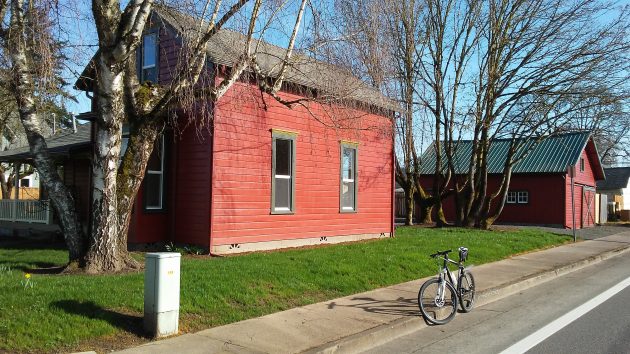 The southeast corner of First and Geary, including a carriage house, has a fresh new look. 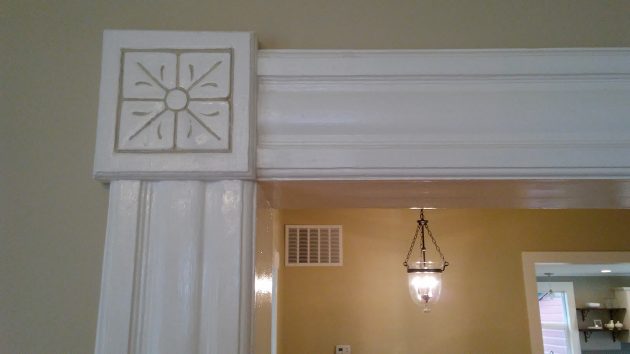 The trim around doors and windows was retained and refurbished. 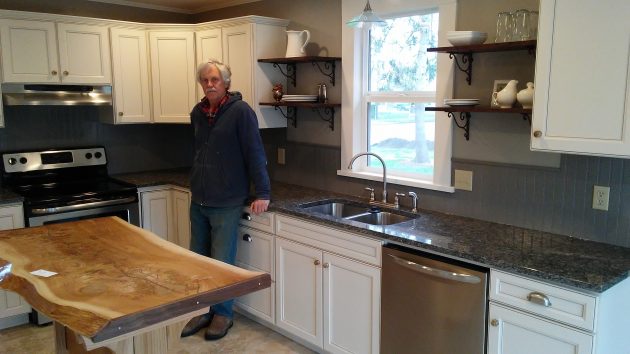 And here’s a look at the bright new kitchen. 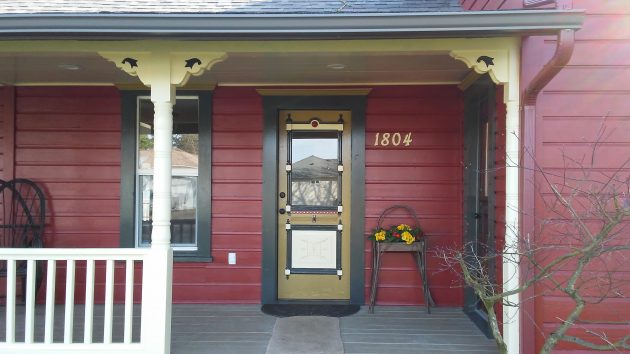 This is the original door and porch trim, restored and with a new coat of paint.

10 responses to “Willamette revival one house at a time”