Will this tricky corner ever be fixed? 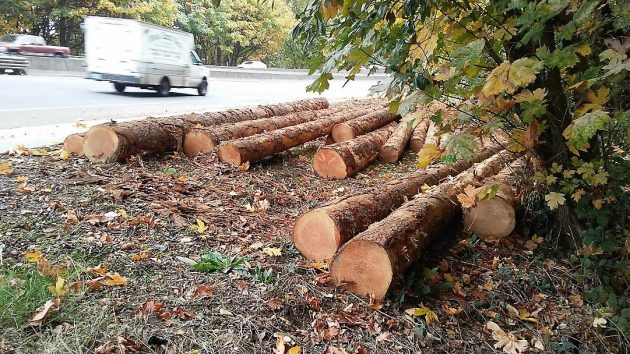 The logs spilled in Tuesday morning’s accident were still there in the afternoon.

Once again, on Tuesday morning, a log truck spilled its load while turning from Spring Hill Drive on Highway 20 toward the Ellsworth Street bridge. When will ODOT do something about this corner, tricky because of its steep downhill turn.

As always when part of the bridge access is blocked, the crash caused traffic jams on Spring Hill, North Albany Road, and the Albany-Corvallis Highway. (A 7:42 a.m. police alert on Albany’s “Nixle” service didn’t help because it implied the blockage was in the westbound lanes, not the ones approaching the bridge.)

ODOT is well aware of the danger of overturning log trucks. It was that which caused the state to nix continuation of the double left-turn lanes from Spring Hill in effect during the reconstruction of North Albany Road in 2015. The danger was that a log truck would fall on a vehicle to its right. As it is now, the danger is only that it will spill its logs on any hapless pedestrians or bicyclists on the downhill side.

The problem is the “super elevation” of the highway at the Spring Hill junction, constructed when the Lyon Street bridge was built in the early 1970s. Albany city officials have pleaded with ODOT to fix that problem. But the city’s street expert, Ron Irish, told me Tuesday he was not aware of any planned ODOT project to do so in the foreseeable future.

This summer, he said, ODOT asked about upgrading the signals at the intersection. The city said it would support a signal upgrade only as part of a larger project that also addressed the super elevation of the road.

“Didn’t make much sense to us to rebuild a signal to current standards knowing that it would all need to be replaced if the intersection grades changed,” Irish said. And so far, he hasn’t heard back from the state. (hh) 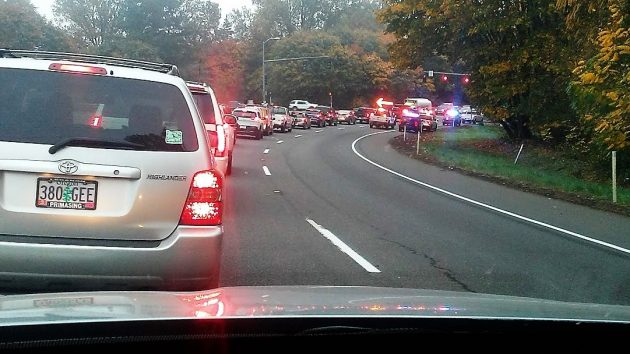 Near the head of Tuesday morning’s traffic snarl on Highway 20 at the Ellsworth Street Bridge. 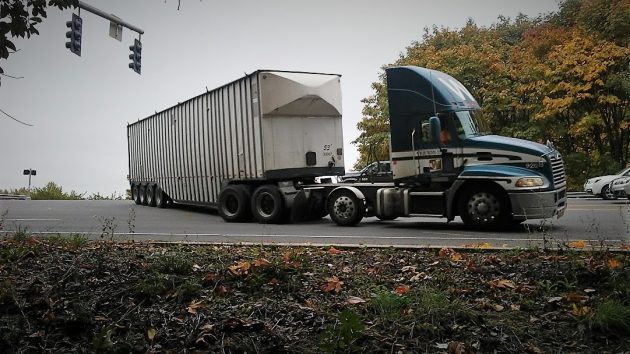 Later Tuesday. a truck makes the downhill turn from Spring Hill without mishap.


22 responses to “Will this tricky corner ever be fixed?”