Will this fence keep anyone out? 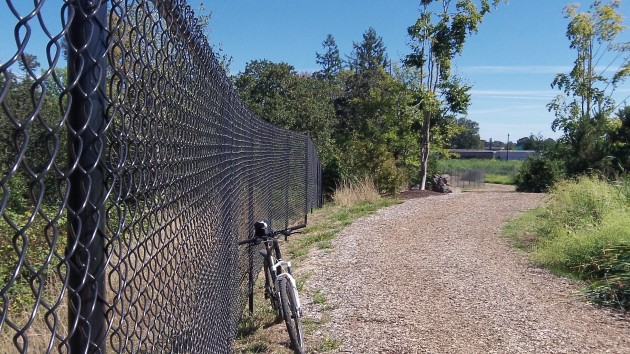 The fine new fence along the back side of the Talking Water Gardens.

This is the fence the city of Albany says it was required to build on he back side of the Talking Water Gardens. Now that it’s finished, it looks fine but I still don’t see why it was needed or how it makes much sense.

I did a story on this project on July 21, after I saw the fence posts being installed. The word from Albany Public Works was that the fence was a requirement of the funding agreement with the Oregon Department of Environmental Quality.

The DEQ had granted Albany and Millersburg $8 million in loans and grants to help pay for the $13 million wastewater treatment complex that was finished in 2012 and became the Water Gardens. Part of the deal was that a fence be installed to secure the facility.

There’s nothing on the other side of this fence other than brush and the marshy depths of First Lake, and maybe some hobo camps among the bushes. The need to defend the Gardens, a system of paths and ponds, from intruders didn’t seem obvious to me. But state mandates are state mandates, and who’s going to question let alone ignore them? So the city asked for quotes and awarded a fence-building contract to the low bidder, University Fencing, a local firm, for about $28,900.

I again detoured through the Water Gardens on a bike ride the other day and found this quarter-mile barrier just about finished. It’s a handsome chain-link fence, black instead of shiny bright. But as for keeping people out in some unspecified emergency, which I was told was the reason the DEQ insisted on the fence, I’m wondering about how effective it might be. Anyone wanting to get in could either walk around the end or save himself a lot of tromping through the toolies and simply crawl through the gap underneath. (hh) 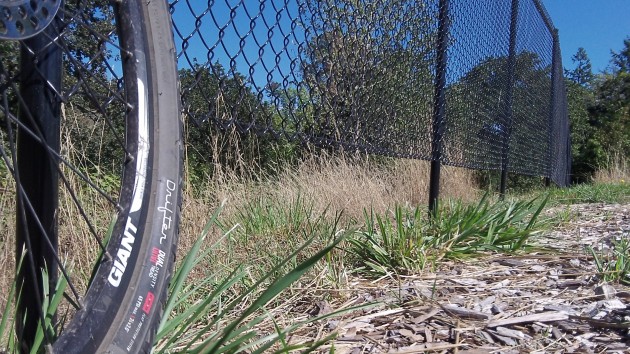 Ample height — about 14 inches in this spot — to crawl through underneath.


4 responses to “Will this fence keep anyone out?”