Why we need the mileage tax 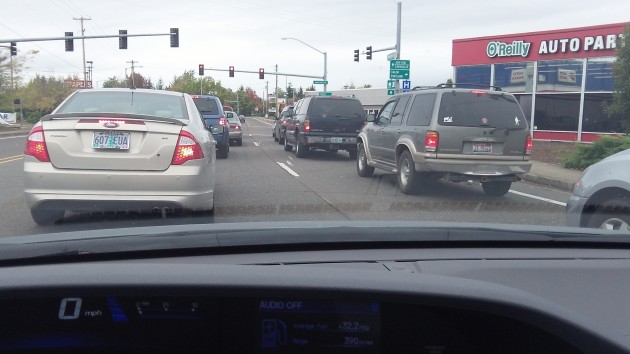 The Oregon Department of Transportation is working to launch a road-user tax that charges for the miles vehicles are driven on public roads within the state. The program won’t begin until next July 1, it is not allowed to involve more than 5,000 vehicle owners, those 5,000 must be volunteers, and yet a backlash is already beginning to grow. But we won’t be able to avoid a mileage tax as technology marches on.

The 2013 legislature authorized this after 12 years or studies and pilot programs. ODOT will allow volunteers accepted by the department to pay a tax of 1.5 cents a mile instead of the 30-cents-per-gallon state fuel tax. Their vehicles must be equipped with technology that reports the distance driven, and at least one of the available technologies for volunteers to choose must not be based on GPS tracking. The owners will be billed for the miles the vehicles are driven, and they get a refund of the 30-cent-a-gallon state gas tax. Eventually, depending on further legislative action, Oregon will probably expand the program and make it mandatory for high-mileage vehicles.

Oregon is first with this approach, just as it was the first a century ago to collect a gas tax to pay for highways. Republican state Sen. Doug Whitsett of Klamath Falls, a normally sensible fellow, is among the opponents. In a newsletter he complains that the tax “discriminates against high-mileage vehicles.” Actually, for now, it does not affect anyone who does not volunteer to take part. So what’s the problem? And in the long run, though, it’s high-mileage cars that make the tax necessary in the first place.

Whitsett also complains that it “discriminates against families who live in rural areas” because they must drive greater distances than people in cities. Of course, but they already pay more road tax than city dwellers because they have to buy more gas. And if they drive older vehicles that get less than 20 miles to the gallon, they would be better off with the flat 1.5 cents a mile.

Oregon is pioneering the road-user tax because sooner or later we, and the whole country, will have to either replace or supplement the gas tax with another form of user tax. That’s because cars and pickups keep getting better mileage. When gas was cheap and we all rolled around in land yachts getting 12 miles to the gallon, the gas tax was a steady source of support for building, maintaining and expanding our bridges and highways. Improved mileage now means less revenue per vehicle.

Moreover, we have to find a way to assess a fair road tax against owners of vehicles that use no gas at all. Earlier this month, on a lonely but recently resurfaced stretch of Interstate 5, I was trying to keep up with a Tesla, an expensive luxury ride. While I was paying about 70 cents per gallon in Califiornia and federal taxes for gas — at the rate of about 2.2 cents per mile —  the guy pulling away in the all-electric Tesla at 90 mph was using the road for free.

As the share of electric cars in traffic goes up, the gas tax becomes more and more unfair and a mileage tax has to be added or take its place. (hh)


12 responses to “Why we need the mileage tax”