Why sheriffs speak up 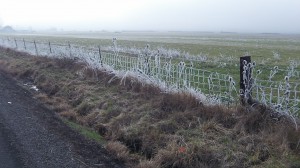 In much of rural Oregon, the nearest deputy is not all that close.

Sheriffs in Oregon and across the country have good reason to oppose any gun controls that would discourage private citizens from buying and owning firearms and learning how to use them safely. They know better than anyone that they and their deputies cannot protect people in most of rural America in an emergency. They are too far away and spread too thin.

In the far reaches of Linn County, for instance, it may take a deputy half an hour or longer to arrive at a house where someone, in the middle of the night, has made a panicked call to 911 to report an intruder comning through the door. Going back decades, sheriffs in Linn County, when asked, have advised rural residents to have the means to defend themselves.

That’s the context in which Linn Sheriff Tim Mueller and several of his colleagues around Oregon have made public statements opposing some of the more stringent firearms restrictions proposed at the federal level. They know that anything that makes guns and ammunition more difficult and expensive to get would diminish the ability of rural residents to deter home invasions and similar violent crimes. That is why the sheriffs  — some of them — have been speaking up. Of course they know, as their critics have pointed out, that federal law always trumps state and local regulations. But they also know that states have some discretion. Oregon police, for example, do not usually enforce federal immigration law. So the sheriffs are on solid ground if they vow to refuse to enforce federal gun laws too.

Sheriffs have their hands full investigating all the crimes in their jurisdictions now. The last thing they need are restrictions — such as making the sales of certain rifles and magazines illegal — that would necessarily create a whole new class of criminals and crimes. (hh)

From Ray Kopczynski: “Oregon police, for example, do not usually enforce federal immigration law. So the sheriffs are on solid ground if they vow to refuse to enforce federal gun laws too.” True enough… About 1% of the sheriffs nationwide have publicly agreed with him in portions of what he stated.  However, I believe our sheriff crossed the line by specifically saying he would actively engage federal officers upholding federal law if it came to that.  And – that he would direct his subordinate officers to do the same.  So not only would he passively ignore a federal law he thinks is wrong, he indicates he would forcibly stop other officers from doing their job in upholding it.  Methinks his emotion got ahead of him at that point.
Posted in: Uncategorized