Why is this Albany’s ‘Main Street’? 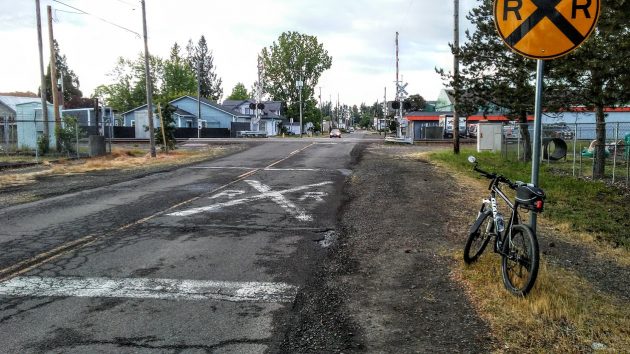 This part of Main doesn’t look like anyone’s idea of “Main Street,” does it?

A reader who moved to Albany last summer had a question: How come the city’s Main Street is nowhere near the downtown business district, where Main Streets are typically found in American towns?

Among the possibilities, he supposed, was that there had been another small town east of Albany for which that street really was a main street. And there, he had the answer to his question. Almost.

For the details, we turn to Bill Maddy and Erica Broad of the Albany Regional Museum.

As Maddy related it on a recent walking tour of the eastern part of old Albany, the gist of the story is that this district was settled in the 1840s by Abram Hackleman and others. They called the place Takenah, an Indian word for where the Calapooia flows into the Willamette. They also laid out streets and named them, including Main Street.

There was rivalry between Takenah and the settlement to the west, which the Monteiths named Albany for the New York capital where they were from. In 1853, Oregon’s territorial legislature picked Takenah as the town’s name, but in 1855 they changed their mind and settled on Albany.

(The word “settlers,” by the way, may be controversial now, considering that indigenous peoples had lived along the Willamette for millennia. In the new Oregon Blue Book out this year, the author of the state’s history uses “resettlers” to describe the American emigrants who arrived in the middle of the 19th century.)

It was the western sector that developed into downtown Albany. Old postcards of First Avenue sometimes mistakenly named it Main Street because that’s what it looked like to printers a world away. Turns out the cards were produced in Berlin.

In the old part of Albany from the river to Pacific Boulevard, Main Street has many faces today, not all as desolate as in the photo at the top. For example: 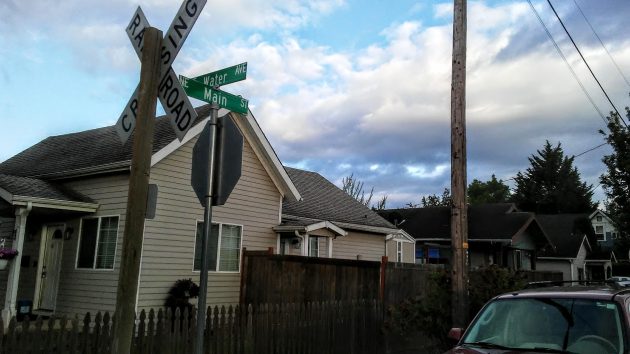 At the north end, the “Water/Main,” the street is lined by houses. 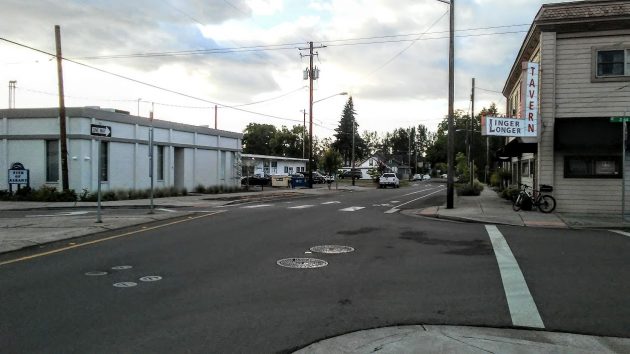 Here, the famous Linger Longer Tavern, closed now because of Covid, and Fish of Albany and Legacy Ballet on the other side. 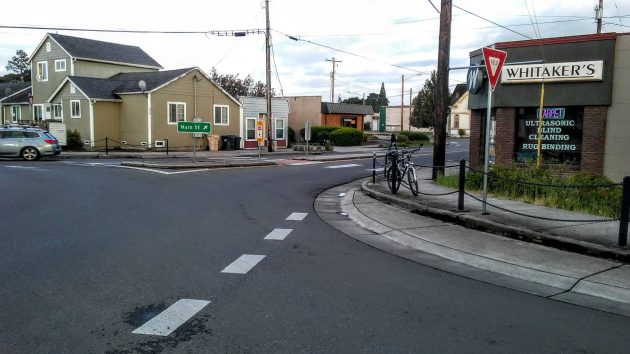 The Main Street roundabout is only a few years old, but Whitaker’s has been here seemingly forever.

I spent Thursday evening cruising up and down this part of Main. Except when you pass the old church at the corner of Santiam Road, which a private group hopes to rescue and move, you don’t necessarily get the idea that this is a historic place. But it is. (hh)