Why Bryant Park has remained closed 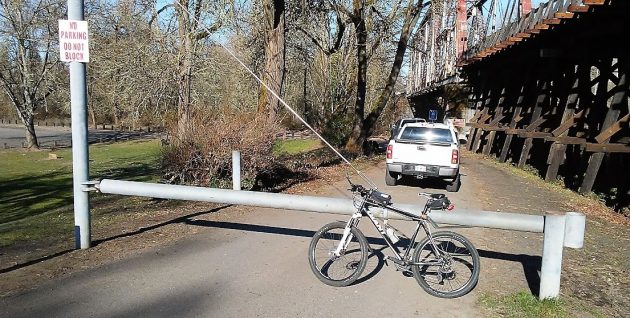 The gate was locked again Monday after men in pickups opened it to do some work at the softball fields in Bryant Park.

Speaking of Bryant Park in Albany, we now have an answer as to why the entrance and exit gates were still locked on Monday: Fear of flooding.

“Once we close Bryant,” Rick Barnett of the parks departments told me this morning, “we are not quick to open it again because our chances of flooding remain throughout the winter. In this case we will probably open the top part soon as we are becoming more certain that flooding will not be a problem.”

Bryant was closed Feb. 25 because of what the city said at the time was rising water in the rivers flanking the park. The closure keeps cars from entering the park, but people can walk in, as they did when I went by there on the bike Saturday.

In winter, the park often is partially inundated, and the gates stay locked until the water recedes in the spring. The current closure seemed odd on a weekend when the weather was sunny and the park was dry. (hh)


6 responses to “Why Bryant Park has remained closed”