Why America can’t fix its bridges 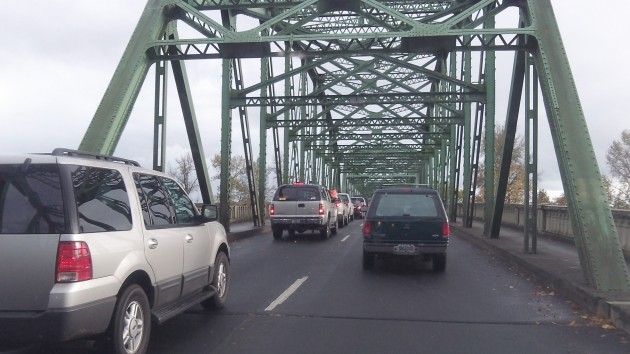 Albany’s Ellsworth Street Bridge dates from 1925 but has been kept in good shape.

We are hearing a lot these days — most recently on CBS’s “60 Minutes” on Sunday — about the sad shape of the highways and bridges in this country, and how politicians in Congress are refusing to raise the gas tax to fix this failing “infrastructure.” Maybe more could be done if we found a way to cut the amount of money and time that this work takes.

You have to wonder how people especially in Oregon paid for all those magnificent bridges we have today and built them in just a few years, at a time when the state’s population and gas-tax-paying drivers was a fraction of what it is now.

Even though vehicles are more efficient, they are also far more numerous and are driven much farther than 60 years ago, and yet the federal Highway Trust Fund is running on empty. So where is all that tax money going?

Much of it, I suspect, goes into processes that don’t result in actual construction or repairs. And some goes into construction projects whose costs have become astronomical. Last year, Oregon completed a new Interstate 5 bridge across the Willamette River in Eugene, the “Whilamut Passage.” It cost about $204 million, but that included expenses other than the $150 direct construction costs. This new bridge replaced an I-5 bridge that had been constructed in 1961 at a cost of $2.3 million, according to the Eugene Register-Guard.

Yes, inflation — obviously. But we now spend many years on planning, public involvement, environmental reviews and consultations with stakeholders including Indian tribes and artists and so forth. And all of it costs money.

At least Whilamut Passage is a real bridge, and a very nice one. About 100 miles to the north, Oregon was spending about 10 years and more than $150 million of highway money on planning for a new Columbia River bridge, which would cost around $2 or $3 billion but will not even be started because the other side of the river objects to a streetcar line being included in the design. (And apparently because of the rail element, the bridge would have to be low enough to cut off some commercial river transportation. Brilliant!)

Meanwhile, closer to home, ODOT has spent several years trying to eliminate a 10-mile, looping segment of Highway 20 west of Eddyville by constructing a 5-mile shortcut. Unforeseen landslides caused all kinds of delays, and ODOT now plans to have that road finished in 2016 at a total cost of about $366 million. For that amount of money, motorists are going to save about 10 minutes on the drive to the coast. Is it worth all that money?

The CBS program highlighted bridge and highway problems elsewhere. In Oregon, ODOT has actually done a great job keeping I-5 in top shape and also, under the state’s OTIA III program, repairing more than 260 bridges. But costs and processes are likely similar across the country. There will never be enough tax revenue to fix the bridge and highway problems in America unless the country finds a way to get public works done for much less. (hh) 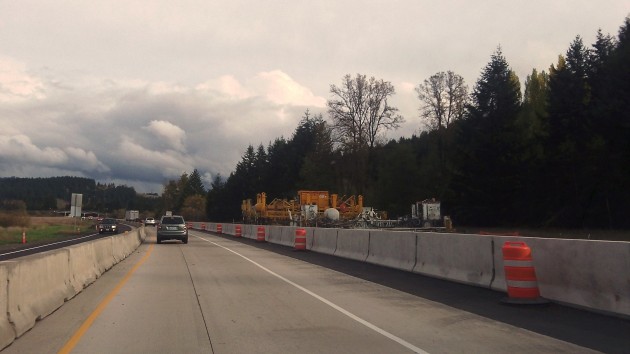 I-5 south of Cottage Grove was being rebuilt this year.

11 responses to “Why America can’t fix its bridges”