In a story that appeared here on Feb. 28, I suggested that on May 14, we take note of the 100th anniversary of the beginnings of Albany’s Bryant Park.

It was on this date 100 years ago, that Hubbard and Adda Bryant donated the land that became the park named after them. May 14, in any case, is the date on the deed that conveyed the acreage to the city of Albany in 1919.

I suggested in that story that if nothing else, on the day I would take an extra loop around the park on the bike. Turns out I didn’t do that, but I went around once and stopped under a tree to say what you can hear on the video above. (hh) 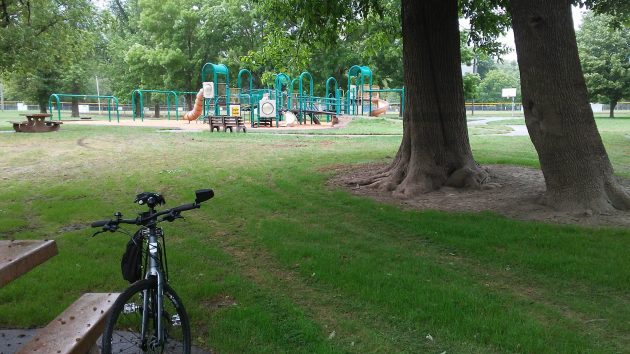 Nobody was on the play equipment Tuesday afternoon, maybe because of a light rain.

4 responses to “Who observes Bryant Park centennial? Just me”