Where we went wrong: Computers 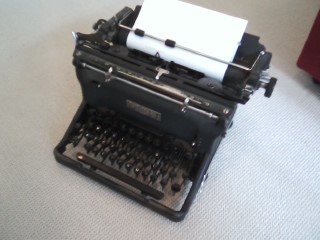 We should never have given up this trusty device, which even a dummy could operate without passwords.

One way to drive normal people over the edge is to have them buy a new computer. Nothing works like on the old one, and likely as not the old one has been trashed in the process of copying some of its content.

If cars were allowed to be sold like computers, the dealer would deliver the body with the wheels and engine attached, but it would be up to you to buy the transmission and hook it up. And while you are working on that, a screen in the dashboard would give you conflicting advice, such as “You have successfully installed your transmission” followed by “Oops, there has been a problem and the installation has not been completed.”

And then, when you look under the hood, not only does the transmission not work but the motor has disappeared.

Meanwhile, though, you have filled out one registration after another, with the result that half the population of China and India now has access to your personal information. Don’t worry about it, though, for you have their guarantee that your data will be used only in 27 different ways, all to make sure you get the ads that suit the way you live.

Computers and the Internet have made the entire world subject to new kinds of crime, not to mention making it easier for the barbarians of ISIS to recruit members and freely communicate around the world. This combination of technology also killed manual labor, making a few people rich and condemning a big part of humanity to servitude and dependency. Oh yeah, it has also abolished civility in pubic discourse and given every ignorant loudmouth a way to make himself heard without being held responsible.

Great invention all around, wouldn’t you say? (hh)


8 responses to “Where we went wrong: Computers”