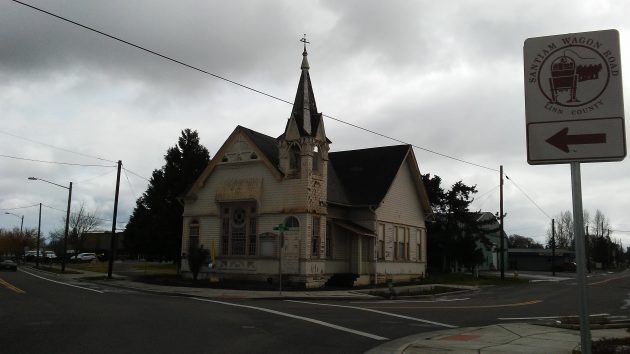 If the old Main Street church in Albany is going to be moved, it might go to one of three possible city-owned sites, members of Mayor Sharon Konopa’s work group on “historic properties” have suggested.

Judging by the panel’s discussion Monday, the leading site is a weedy parcel at Pine Street and Santiam Road, near the city’s skatepark. The others are a vacant lot the city obtained a few years ago from the BNSF railroad inside what is to become the Edgewater Village development, and a corner of Swanson Park at Sixth Avenue and Jackson Street.

The skatepark site is just two-tenths of a mile from the former Cumberland (Grace) Presbyterian Church at Main Street and Santiam. The city bought the church in 2000 for $150,000 to make room for a street project but later didn’t need it and has been trying to figure out what to do with it. Parts of the building date from 1892. The center section was added in the 1920s. The building is in poor shape. Fixing it might cost around $300,000, according to one estimate the work group heard, or less depending on its use.

One possibility is moving just the original parts of the building and putting them back together at a new site, yielding about 1,200 square feet. Parks Director Ed Hodney told the work group such a building near the skate park could be used for events and meetings and even serve as a temporary base for parks staff. With additional park improvements there, across the street from Hackleman Park, the old church could be turned into an amenity that would attract “positive activity” to the area. And as a potential rental space, he said, it would be better than the other sites.

What about money? Councilman Mike Sykes thought private donors might be tapped to help save the historic church once there’s an actual plan and more is known about the costs. The mayor mentioned CARA, the downtown urban renewal district.

When the work group meets again, at noon on April 10 in the Santiam Room at City Hall, it hopes to hear more about the possible uses of the bulding and other details including potential rental income before deciding what to recommend to the city council. Then the panel plans to turn to its other mission: Considering whether — and how — to get the U.S. Postal Service to relocate the Albany Post Office. (hh) 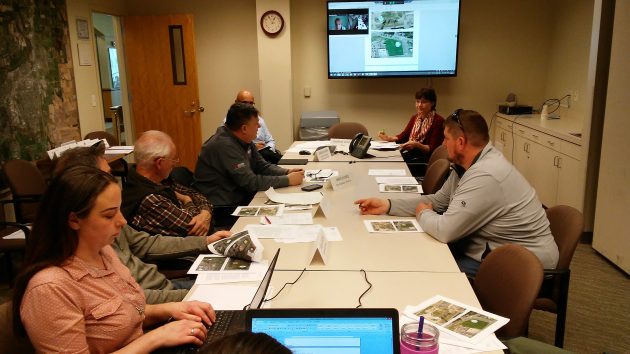 The mayor’s work group at work on Monday. 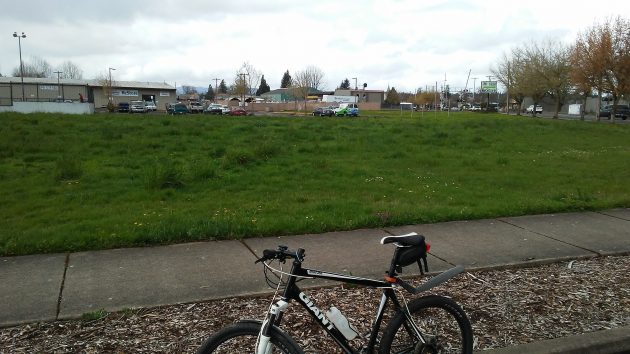 One of the potential sites for the old church at Santiam Road and Pine.


7 responses to “Where the old church might end up”