Where downtown EV chargers will go

Written May 21st, 2020 by Hasso Hering
Comments: no responses. 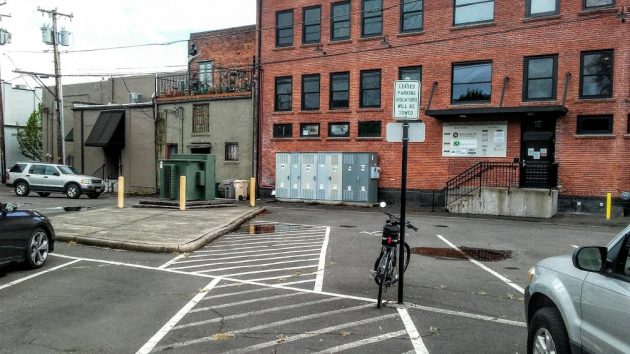 On this lot behind the J.C. Penney Building is where the EV charging stations will be placed.

The city of Albany has agreed to accept a $63,548 grant from Pacific Power for the installation of electric-vehicle charging stations on a downtown parking lot.

The city council, acting as the governing board of the Central Albany Revitalization Area, took the action Wednesday night. Consulting engineers for the utility had evaluated several city-owned lots downtown as possible locations and picked the one behind the former J.C. Penney Building, south of Water Avenue between Ferry and Broadalbin streets.

Why not the lot at Two Rivers Market, Mayor Sharon Konopa wanted to know. Because, the council learned, the Penney’s lot is the only one that has the necessary electrical infrastructure to accommodate the installation.

Nobody said so, but “infrastructure” here apparently means a big Pacific Power transformer nearly in the middle of the lot, which has leased parking slots on one side and customer parking on the other.

None of the council members asked how many charging stations there will be. Instead, there was some discussion about whether EV owners could let their vehicles sit there just for the parking while only pretending to be charging them.

The CARA advisory board had voted unanimously to recommend that the Albany Revitalization Agency (the council) accept the utility’s grant.

Economic development coordinator Sophie Dykast said that by November the city would hire a contractor to install the stations. That’s presumably when they’ll find out how many stations the grant money will buy. No CARA funds are to be used. User fees are supposed to pay for the electricity and maintenance.

The stations are to be functioning by February 2021. Nobody asked why it takes that long to get it done, and nobody explained.

The rationale for CARA tackling this project is that the presence of charging stations is supposed to draw EV drivers downtown to look around, visit a restaurant or buy something during the time it takes for their vehicles’ batteries to be recharged.

Whether that works out we’ll see once the stations are in place. (hh) 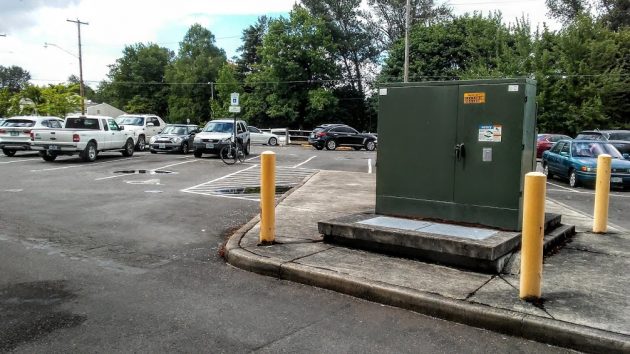