Where courtesy and common sense combine 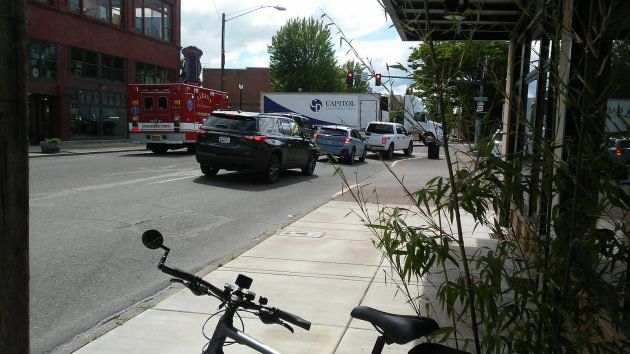 A sidewalk view Monday of the right turn lane on First Avenue at Lyon Street.

For years, there’s been a bike lane on First Avenue in downtown Albany. But the lane disappears at Lyon Street, leaving motorists and the occasional cyclist to work out a traffic pattern on the spot.

You’d think this would lead to problems. There would be inevitable collisions, or at least bruised feelings. That’s what you would think.

But consider what actually happens, as illustrated in the video below:

I don’t know what if anything could be done to prevent potential traffic conflicts at the corner of First and Lyon, which can become quite congested with right-turners headed over the bridge.

But what I’ve experienced there as a cyclist, when I want to go straight on First instead of turning right, is a miraculous confluence of courtesy and common sense.

Let that continue to be the norm to keep the intersection working fine. (hh)


4 responses to “Where courtesy and common sense combine”