When will the mail stop coming? 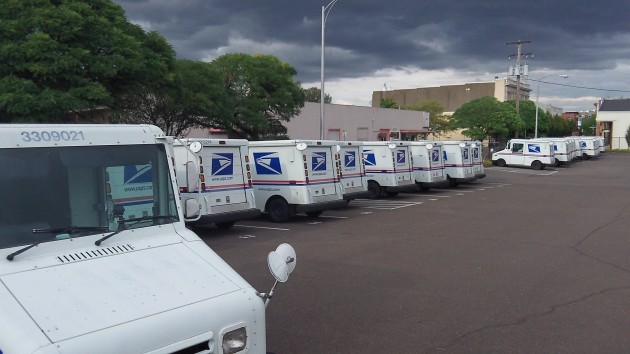 Among all your worries, this one may not rank near the top, but it’s worth keeping in mind: How long will the post office be able to keep delivering mail to your rural mailbox on the side of the road? What if those delivery trucks wear out and can’t be replaced?

A week or two ago, the U.S. Postal Service reported another quarterly loss, and this was considered so routine that it barely got any mention on the news. One of the details in the service’s financial statement touched on those boxy delivery vehicles, 28 of which were parked at the Albany Post Office on one recent evening. The statement dealt with the agency’s inability to make capital investments as needed:

“Annual capital expenditures have declined from $2 billion in 2008 to less than $700 million in 2013 to conserve cash. … The present level of capital expenditures is not sustainable. The Postal Service’s delivery fleet includes approximately 140,000 vehicles that are at least 20 years old and nearing the end of their useful life. Repair and maintenance costs for these vehicles have risen significantly in recent years.” This raises the prospect that one of these days not too far down the road, those delivery trucks will break down and there will be no money for repairs or to buy new ones.

One of the reasons for the losses is that unlike other corporations or most public agencies, the post office must by law “prefund” health benefits for future retirees. The agency has been unable to make those payments for three years, but they are counted among its expenses anyway.

The latest quarterly loss of $1,955 million includes $1,425 million of expense accrued for the prefunding requirement. The service says that this mandate and the ongoing decline in first-class mail (owing to the trend toward electronic communications and transactions) are the main reasons for the money losses despite the latest increase in prices. (A first class stamp has cost 49 cents since January, which is easy to forget because those “forever” stamps no longer bear the amount.)

The financial statement makes for interesting though depressing reading. It can be found on the Postal Service’s website, http://about.usps.com. You can look it up and read it while you’re waiting for your mail. And if ever the mail does not come, you’ll have some idea why. (hh)


One response to “When will the mail stop coming?”