When the big one hits 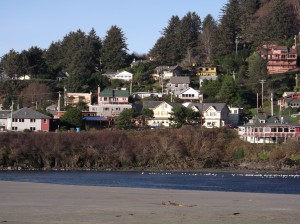 On the coast, electricity might be out three to six months after the next Cascadia earthquake and tsunami.

Once again we have been warned about the devastating effects of a really big earthquake off the Oregon coast. The question is not what we should do about it, but whether we will or can.

The Oregon Seismic Safety Policy Advisory Commission has just delivered its latest  assessment and plan to the legislature. It says the state is utterly unprepared for the big one, which could come at any time. The report guesses that when the next very large Cascadia quake and tsunami strike, they will kill up to 10,000 and cause more $30 billion in losses.

One big problem, among many, is that almost the entire liquid fuel supply for the state depends on facilities on a narrow strip of land along the lower Willamette River, which likely would be wiped out by action of the quake.

Further, the report says that in the Willamette Valley, electricity would be out for one to three months, police and fire stations two to four months, and drinking water and sewer service for up to a year. On the coast, water systems and health care facilities would be down for up to three years.

The report recommends that Oregon get busy now so that in 50 years, all those systems would be strong enough to sustain less damage. Fifty years! Even if we find the money and the will to launch a crash program of seismic refits, what can we do in the meantime? Maybe it’s time for planning on how to get far away when the big one strikes and we have survived the initial shock. (hh)