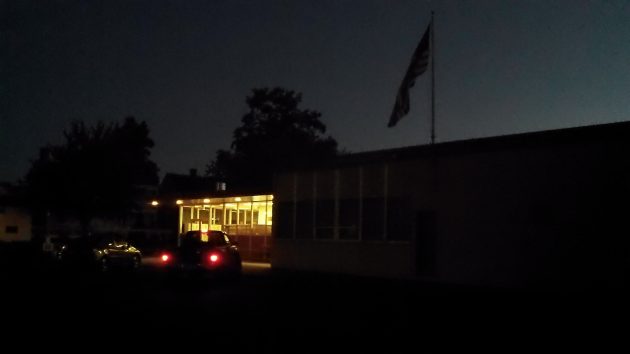 After sunset Tuesday in the parking lot of the Albany Post Office.

Albany this year has managed to light up the riverside Dave Clark Path and nearby Monteith Riverpark, so maybe now something could be done to pierce the darkness that descends on the parking lot of the Albany Post Office after the sun goes down.

A reader complained about the lack of lighting outside the post office. And yes, while the lobby and front door are brightly lit, if people go to check their boxes for mail at night they might want to bring a flashlight for the short walk from their cars and back..

That leaves the matter of the flag. Isn’t it supposed to be lighted if left up overnight?.

The lighting issue aside, I’m delighted to report that the last few times I tried it, the Albany office’s self-service kiosk has worked as it is supposed to. (I wrote about it when it wasn’t, some time ago.) So I didn’t know what to make this email Wednesday: “The self service kiosk in the Midwood Station has not been working fully for the past few weeks. I called them earlier today and asked if it was working, as it hadn’t been for the past few weeks. She replied, ‘I don’t know about last week, but it’s working now.’ Since I work less than a block from the station, I walked over only to find a printed notice taped to the screen ‘OUT OF SERVICE’!”

I thanked the person for letting me know but allowed that Midwood Station was probably off my beat. The answer came back promptly: “It’s in Brooklyn, NY. In my haste, I didn’t realize you’re from the West Coast. I was trying to find some website that might have info on each kiosk. If there is such a thing, it’s probably on some USPS website we have no access to.”

As for our lighting issue at the office for 97321, it might be easily fixed if only someone could get this fixture to come on: (hh) 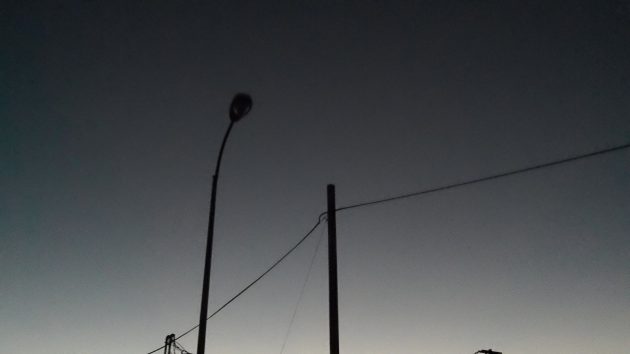