When bugging is dumb – Hasso Hering

When bugging is dumb 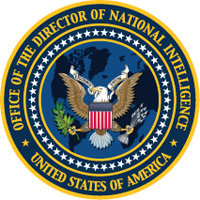 Sometimes you wonder whether our top spy officials know what they are doing. Or if they know how bad they sound when they say some of the things they say. For example, take James Clapper, the director of national intelligence.

The other day Clapper was testifying before Congress. According to the Associated Press, he as much as confirmed that the United States had tapped the phones of foreign leaders, including German Chancellor Angela Merkel, and that members of Obama’s National Security Council knew about it.

Clapper said that knowing the intentions of foreign leaders is important for the United States government. Of course it is. No one questions that. But that’s why we have embassies around the world. They’re supposed to keep up with what’s going on in their countries and their respective governments.

In western countries that are open societies, the best way to do that is to watch the news and read the papers, especially in countries with a vigorous press like Germany and France. Unless you suspect them of planning to order an armed surprise attack on the United States, you don’t need to bug the phones of foreign leaders. Doing so anyway is just plain reckless or stupid or both. (hh)

Ray Kopczynski:  “Doing so anyway is just plain reckless or stupid or both”?  Just the exact opposite in my opinion.  That old saying, “Gentlemen don’t read other gentlemen’s mail,” may have been apropos prior to WWI, but in this day and age? I think it incredibly naïve to believe other countries don’t do same. Our advantage is that we can do it so much better. People haven’t been listening (pun intended) to all the reports year after year hinting at the capabilities of the NSA.