When automobiles had class 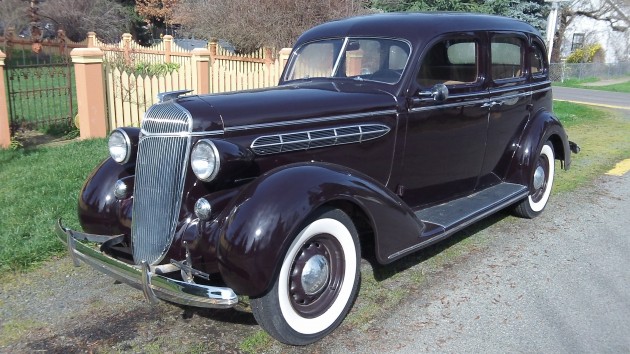 Comfort and style as seen on a Jacksonville street last month.

Here’s a question that nobody’s asking: What was wrong with the shape of cars in the 1930s that they don’t make them like that anymore? For convenience and style, it’s hard to beat this 1936 Chrysler. Or so you would think.

Yes, of course, today’s cars are infinitely more advanced. They hardly break down any more and they almost drive themselves. (Pretty soon you’ll be able to drop the “almost” from that sentence.)

But getting in and out of the low-slung sedans or coupes now in use? That’s not so easy. It requires major contortions. And it gets harder the older you get. By contrast, to step into a beauty like this 79-year-old Chrysler, all you had to do was to open the door and sit down. 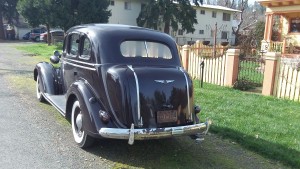 Looking good from the rear …

As for the trunk, once you got it open there was little chance you would slam your head into the lid when getting something out or putting something in. The cars were narrower than today, which accounts for the slim traffic lanes on bridges built during that era. On the other hand, what’s wrong with togetherness?

The automobiles from those years look top-heavy, so you probably had to be careful in the turns. But again, what’s wrong with being careful or slowing down?

So what would be interesting and fun, it seems to me, is to build cars with 21st century technology and safety gear but a shape like that of long ago. If we had those, men might even be able once again to wear fedoras while sitting behind the wheel. (hh)


2 responses to “When automobiles had class”